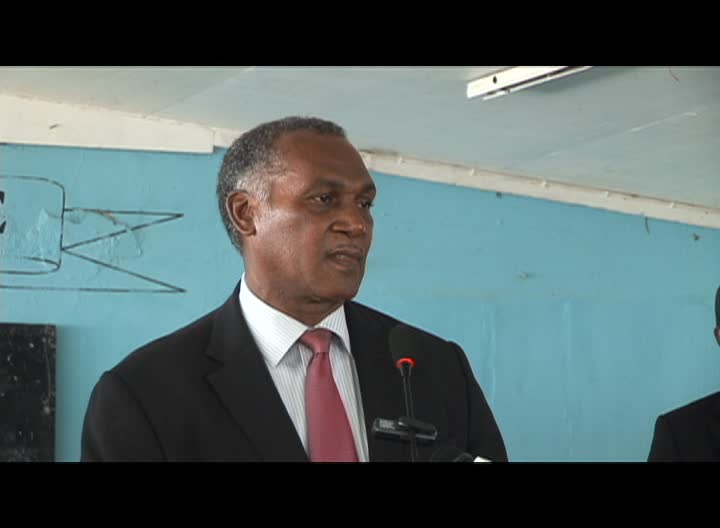 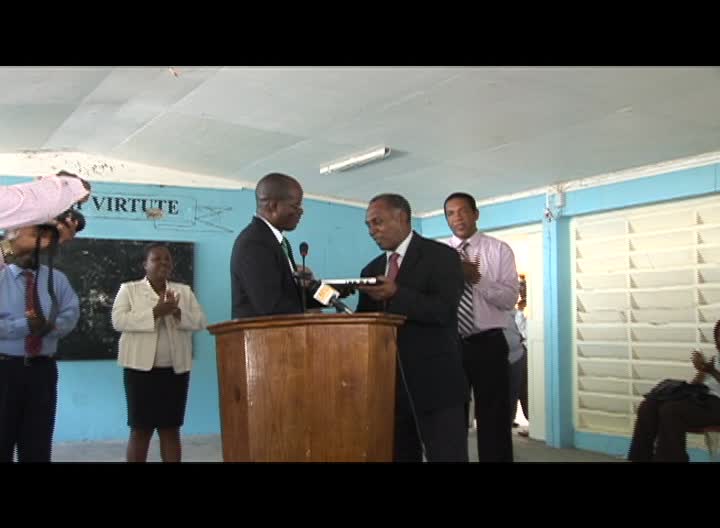 “I want to add to the words which have been spoken by Minister Phillip and Minister Nisbett that these computers are to be used in a way which will help you to grow and develop so that you, in turn, can help the country to grow and develop,” he said.
The Minister of Education expressed thankfulness to the Federal Government on behalf of the people of Nevis for its investment in the students.
“I want to, on behalf of the Nevis Island Administration and all the people of Nevis and you the students who will receive these personal computers this morning, express gratitude to the Federal Government, for making it possible the gift of these computers to yourselves. 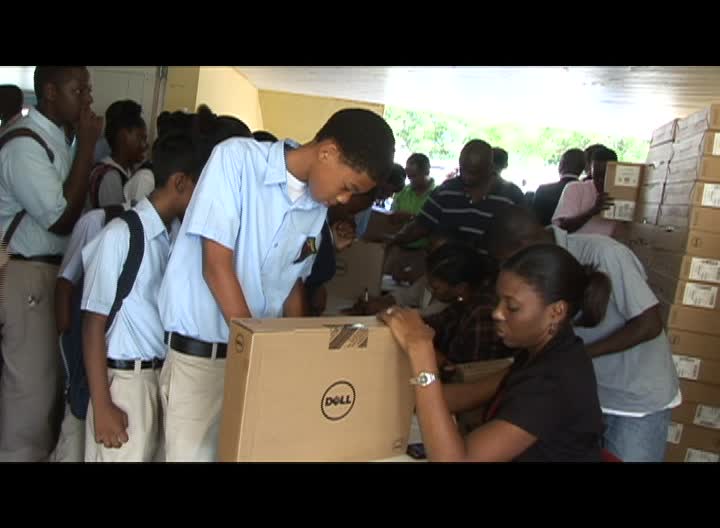 “I do believe that the investment which has been made by the Government, is a significant investment and this investment is not just in the purchase of the computers but it is an investment in providing you with these computers to ensure that you have the capability of access to the technology which exists, which you can use to enhance your own capability as students of the Charlestown Secondary School and students of St. Kitts and Nevis,” he said.
However, Mr. Amory told the students they should guard against abuse of the equipment and use it for the purpose for which the computers were intended.
“I am aware that sometimes there is abuse of the technology and I want to ask you, not to use these devices for the wrong purposes. I think, in some countries in the Caribbean and in the wider world, they have put blocks on certain aspects which you cannot access on the computers. We have done that as well because we do not want you to become prey of persons who abuse the Internet service. 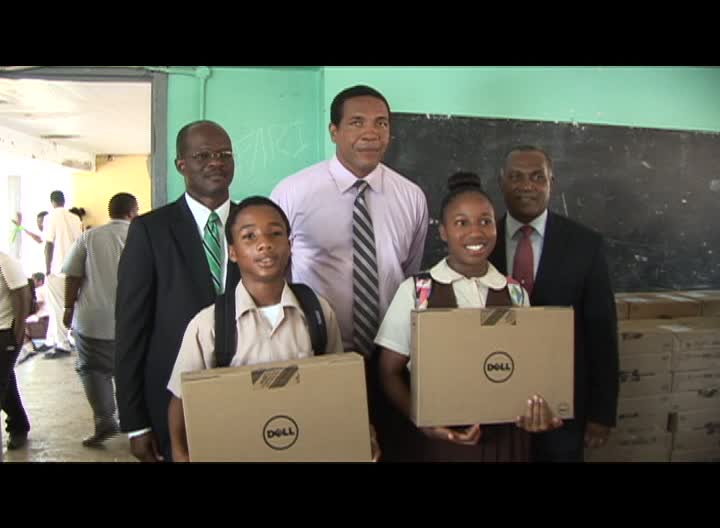 “We want you to become competent users; we want you to become competent in developing the processes for using the applications on the computer so that you can become competitive in the world… I ask you to use them wisely,” he said.
Mr. Amory received the computer from Federal Foreign Affairs, Homeland Security and Justice Minister Hon. Patrice Nisbett who played a pivotal role in the expansion of the project to Nevis students and later handed it to Permanent Secretary in the Ministry of Education on Nevis Mrs. Lornette Queeley-Connor for distribution through the Education system which she was responsible to manage, before it was distributed to the students.
Other remarks also came from Federal Minister responsible for Information Technology Hon. Glen Phillip and Hon. Patrice Nisbett.