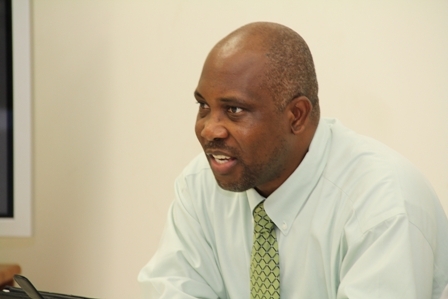 The event which was attended by participants from Nevis and St. Kitts was held at the Llewelyn Newton Disaster Management Facility’s conference room at Long Point.

“Sand mining in the Federation is an illegal activity. However, environmental crimes do not appear to get as much attention as other types of criminal activities. As a Government we must now seize the opportunity to introduce regulations and procedure to address this issue,” he said.

Mr. Powell said for too long the island had survived with the notion that sand would always be on the beaches and some persons assumed the more sand they took form the beaches the more it would be naturally replenished.

“They remain ignorant of the consequences of taking away from our beaches. With the sand gone and the rocks exposed, our beaches would no longer be attractive…,” he said.

The Minister stressed that the fight against environmental crimes such as illegal sand mining should be given the same level of importance as other criminal activities and compared the issue with drugs and illegal firearms. 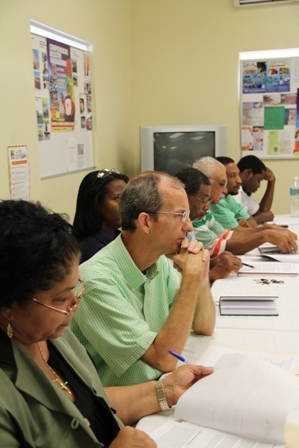 “For instance, drugs and firearms are illegal and a person will be charged and brought before the Courts for Possession. Unfortunately, unlike illegal drugs or firearm possession, persons found with piles of sand on their property for which they cannot verify a reputable source of origin are not charged for possession or for receiving stolen Goods. Something must be done to fill this loop hole,” he said.

According to Mr. Powell, the amended National Conservation and Environmental Protection Act 1987 indicated that offenders were liable to a fine of $10,000 or one year in prison.

However, he threw out a challenge to the Nevis Historical and Conservation Society, Disaster Management, Fisheries, Agriculture and the Planning Department to put forward ideas that they would like included in the regulations.

He said he would instruct his Permanent Secretary Mr. Ernie Stapleton to engage the Legal Department to prepare such regulations, so that there could be some more teeth to the existing legislation.

The Minister said it was important for the NIA to provide both the regulation and sand mining policy, since at present they were relying heavily on calls from civic minded members of the community.

Mr. Powell explained that although the NIA was appreciative and encouraged the general public to help to protect the island’s beaches and environment, they had to find a way to increase patrols in the most affected areas. Notwithstanding, in the mean time the Department along with the Gingerland Police continued to conduct site visits to known affected areas.

He said the NIA had made a commitment to ensuring that building materials were available at reasonable cost based on the global economy but it did not include individuals who wanted to rape the beaches of Nevis for their own pockets.

“The NIA has encouraged and issued business licences to entrepreneurs who demonstrate a corporate and social responsibility in nation building and economic stability of the country.

“We will do all that we can to make the importation of inland sand more cost effective for legitimate businessmen. At the same time we will also make the penalties for illegal dealers more stringent,” he said. 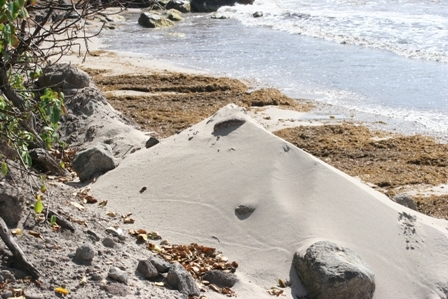 The Environment Minister said the position of the Ministry of Communications, Public Works, Utilities, Posts, Physical Planning, Natural Resources and Environment was one that was driven by their quest for sustainable development.

“Our aim is to ensure that we continue to borrow and use the resources of our future generations that we leave our children yet unborn in a much better position than we currently find ourselves in.

“Our task is to protect, conserve and manage the resources in our care in such a way that our grand children’s grand children will enjoy the use of them,” he said.

In conclusion, Mr. Powell assured the NIA as a government appreciated the importance and varied function of the beach in the lives of the people of Nevis and was prepared to make the necessary steps to have the regulations and policies that were necessary to better manage that resource.

“This is something that we must do because while we marvel at our beaches, they are not nearly as long or as wide as beaches in Cuba, the Dominican Republic, Mexico or Portugal but we do have some lovely beaches of which we are extremely proud. Let us protect our beaches by acting now,” he said.