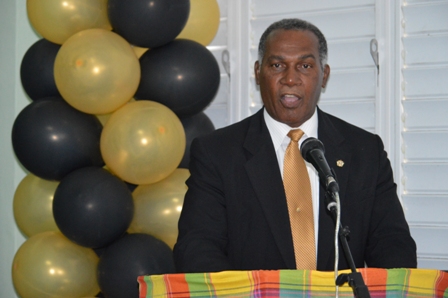 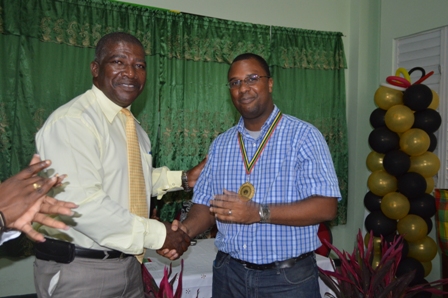 The teacher librarians also identified Sir Robert Llewellyn Bradshaw, Sir C. A. Paul Southwell, Dr. Martin Luther King Jr., Nelson Mandela, Rosa Parks, Malcolm X, Marcus Garvey, Kofi Annan and Bob Marley as persons they felt were worthy to be honoured for their contribution to the development of the black race both locally and internationally.
Mr. Amory explained that it was necessary for the beneficiaries of the teacher librarian’s effort and the sacrifice of those who had planted and watered to give recognition to that effort and spoke to the memory of Sir Dr. Simeon Daniel the first Premier of Nevis, who he stated, was widely regarded as the Father of modern day Nevis.
“The effort he made with the help of his colleagues to achieve a level of self-rule and autonomy for the people of Nevis must always be remembered. As citizens of this country, even if we did not agree with every policy of Dr. Simeon Daniel, it must be agreed that he laid a foundation for the future development of this country on which we must build… 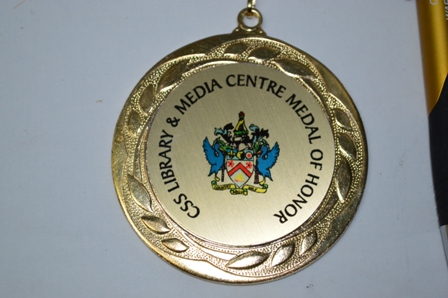 “Dr. Daniel was a man from humble beginnings who by dint of hard work and dedication became a leader of men and a shaper of the destiny of the people of Nevis. He clearly achieved his claim to fame by dedicating much of his life and effort to the cause of Nevis,” he said.
With regard to inductee sportsman Elquemedo Willett, the Premier acknowledged his cricketing prowess which earned him, and by extension Nevis, a place in the annals of West Indies Cricket.
“We look also at another of our Nevisian present day heroes Mr. Elquemedo Willett. He also has been singled out to be honoured and installed in this Hall of Fame today. We are all aware of Mr. Willet’s exploits in cricket and we are aware also that he was the first Leeward Island cricketer to be selected to the West Indies team in 1973 at the age of 19.
“He may not have played as long for the West Indies as his talent and skill dictated the other reasons which I am sure you could learn from himself or other persons but the key is, through his effort, he opened, as we say in cricket parlance, an open door for other great West Indian cricketers like Sir Vivian Richards, Andy Roberts to name the initial two who followed right after him in his footsteps. The key is that he was in fact a hero opening opportunities for those to follow,” he said. 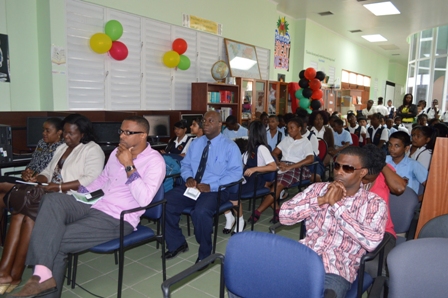 Apart from his commendation for the initiative, the Premier also spoke to the memory of those who had passed on and those alive who were inducted into the Hall of Fame but urged persons to be wise in their thoughts and actions.
“Let us praise famous men and give them their due but let us in all of this apply wisdom to our own thoughts and actions for therein may lie the path to fame or ignominy,” he said