He was at the time present at the West Indies Power Nevis I site at Spring Hill on Monday, when work commenced on clearing 40 of the 79 acres of land for construction of the geothermal power plant that will produce geothermal energy set to revolutionise the economy of Nevis.

“For us as a government here in Nevis, we are extremely delighted to have arrived at this point in time because it sets out a clear signal and a clear marker to not only persons in Nevis and St. Kitts but other persons who have been paying attention worldwide but more particularly to those persons in the Virgin Islands and in Puerto Rico who have been monitoring what we are doing here in Nevis and waiting with some expectations.

“So we can now say finally that work has started to clear the site and after site clearing we have every, every positive anticipation that work will progress smoothly and now we can start looking forward to the point when we will be physically able to build the plant and move forward from there to the supply of energy,” he said.

Mr. Powell who is also responsible for Physical Planning on the Nevis Island Administration noted that the Geothermal Development Company had produced a comprehensive Environmental Impact Assessment for the site. 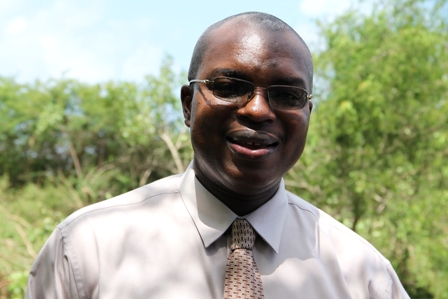 He used the moment to thank persons who responded to the related public consultations on the ground in Nevis which he described as extremely tremendous. The Minister also thanked the general public for their response to the public campaign on geothermal energy.

“We want to thank the general public we have been bombarding them with information about geothermal since about 2007 and we want to thank them for their patience finally they have something to look forward and see apart from the exploratory drill sites that were done some time ago.

“So now they can come by and physically see that work has started to clear the site and this is the first step in construction you have to clear the site first of all and then do your surveys and laying out so we want to thank people for that,” he said.

Meantime, Permanent Secretary in the Ministry responsible for Renewable Energy, Public Utilities and Physical Planning Mr. Ernie Stapleton, who was also in attendance, was elated that the geothermal project had advanced and had arrived at the stage where the ground work for construction of the Nevis Geothermal Plant at Spring Hill.

“As indicated the site will be cleared and the geotechnical work will be done, that is soil testing etc and even drilling a borehole. There are quite a number of activities that would lead up to the actual construction of the site the geothermal pad and preparation for arrival of the drill rig in the next month or two in September.

“I am very pleased that we are finally moving on with the Nevis Geothermal Project and activities on the ground here at Spring Hill,” he said.

Geothermal Commissioner in the NIA Mr. Pearlivan Wilkin who was also present while he too added his satisfaction, gave an insight into his job with the project. 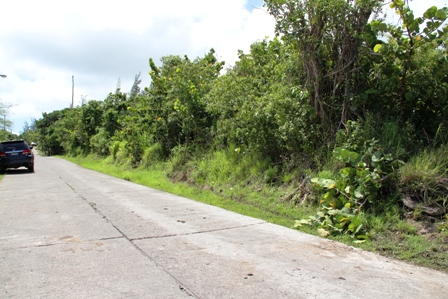 “I am indeed very happy that the physical work has started. As the Geothermal Commissioner I will be dealing with the compliance issues. I am supposed to make sure that the environment is protected whether its underground or it is above ground or the vegetation that is not supposed to be destroyed.

“I am also ensuring that people who live around the properties are not damaged or affected in any adverse way with this phase. I am very happy like I said before because this is the stage we have been waiting for, for a very long time,” he concluded.