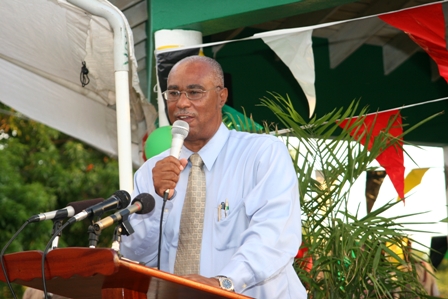 Premier of Nevis Hon. Joseph Parry announced recently, that the Nevis Island Administration (NIA) had taken major steps to    extend the Cotton Ground and Barnes Ghaut Villages, which over the years did not have available government owned lands for expansion.

Mr. Parry said since the Nevis Reformation Party-led NIA was elected to office in 2006, the Administration had worked hard to execute a number of programmes that would benefit the people of Nevis, among them the availability of lands in the St. Thomas Parish.

“I have spoken to you in the past about plans and I can tell you that these plans are coming to fruition. I spoke to you about the availability of land and just two weeks ago Dr. Cecil Saunders came here with his brother and they agreed to make available to the government, 1.75 acres of land east of the ball ground.

In addition, Mr. Parry who is also the Area Representative for St. Thomas Parish said, the Government had acquired 13 other acres of land east of Cotton Ground and was in the process of concluding negotiations, which would lead to a reasonable compensation for the land owners but that was not all.

“Mr. Kawaja has agreed to make 20 acres of land available to the people of Barns Ghaut and Cotton Ground. I can assure you people that people all over Nevis like it, they have told me so … and there is going to be competition for that piece of land. Mr. Kawaja and I continue to negotiate but I can tell you we are well on our way to settlement.

“This is what we have been doing in terms of making lands available and those lands will be available through the Housing and Lands Development Corporation & but we have made considerable progress,” he said.

Mr. Parry further stated that the government would receive more land in Cotton Ground due to the purchase of land in an area called Market, which would be available in a matter of weeks to the NIA.

With regard to land for the fishers in Cotton Ground, Mr. Parry disclosed that the Administration had purchased land at Jessups Beach and Cotton Ground Bay. He noted that there was seven and a half acres around the Pond and believed that property should be in the hands of the people of Cotton Ground and by extension the people of Nevis and plans were afoot to acquire the property.

Notwithstanding, Mr. Parry stated that the NIA did not make progress by accident.

“I want to tell you that we did not achieve all these things by accident, we work very hard…We have been an example to the people of Nevis that hard work pays off and I recommend us as a model to you. Forget drugs, forget crime, forget the bad behaviour and put some hard work behind hard work and sacrifice because it pays and we have demonstrated that as leaders in this country,” he said. 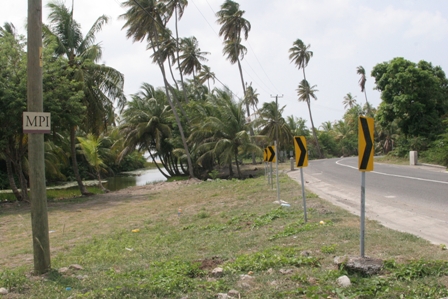 “So work will be created for all the people of Nevis who want to work and I am saying, men and women must make sure that you get the kind of training that will make you get a better salary,” he said.

With regard to employment opportunities, the Area Representative explained that he was willing to provide training opportunities for five persons from the St. Thomas’ Parish to receive government sponsored training in Trinidad and Tobago through the Ministry of Social Transformation.

“Right now, we have coming back home from Trinidad and Tobago, 17 young persons who the government has trained out of the Ministry of Social Transformation and we are hoping by October to send another 17 young men.