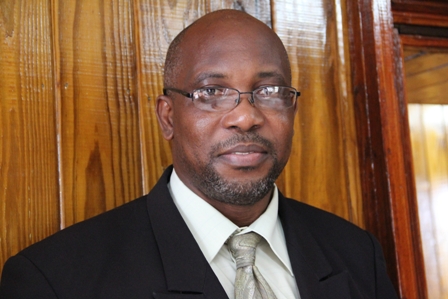 Minister responsible for Natural Resources and the Environment in the Nevis Island Administration Hon. Carlisle Powell

Nevis joined St. Kitts and other members of the Caribbean Community (Caricom) from November 12 -16th 2012 to mark the occasion under the theme “Sustainable Energy, Powering a Green Economy”.

The Minister, who is also responsible for Public Utilities and the Environment, stated that the NIA was pleased to be associated with the theme and pointed to the areas, since 2006, in which the Administration had aggressively pursued sustainable energy.

“We successfully implemented the first and only operating wind farm in the Organisation of East Caribbean States (OECS); we are still very much on track in pursuing the development of geothermal energy and are working with our legal team to remove the legal impediments. 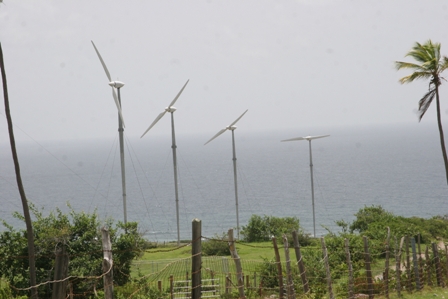 “The NIA introduced a policy of granting concessions for solar water heaters and continue to encourage residents and people of Nevis to pursue other renewable energy alternatives such as solar photo voltaic. Along with St. Kitts we have successfully implemented a National Energy Policy which is guiding our path to sustainable energy and power our green economy,” he said.

In addition, Mr. Powell spoke to the Administration’s most recent pursuit in the diversification of the island’s energy portfolio, which would bring cheaper energy to the people of Nevis.

“The oil fuel storage facility is our most recent pursuit which will diversify our energy portfolio and bring cheaper energy to our people by removing the fuel surcharge with the use of products such as Liquid Natural Gas (LNG).

“In addition, this project will provide training, lots of jobs and project our economic and energy security for many generations to come. The developers and their technical team are currently working on a detailed Environmental Impact Assessment and designs to ensure that this project is implemented with the highest standard,” he said.

The Minister responsible for Energy also noted that the Administration also continued to work with strategic partners including the Organization of American States (OAS), the Caribbean Development Bank (CDB), the OECS Secretariat and the Caricom with the development of programmes and projects in the education of the people of Nevis on sustainable energy and energy efficiency. 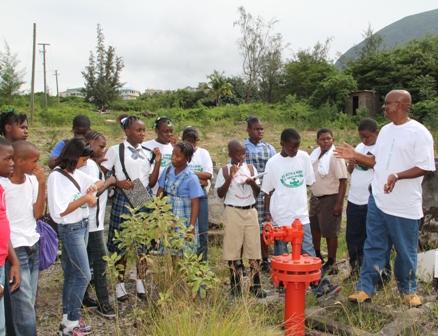 He said as a result of those collaborative efforts, an OAS sponsored Teacher’s Sustainable Energy Workshop was recently held in September 13-14th 2012, at the Marriott St. Kitts Resort and Royal Beach Casino in Basseterre where two teachers from Nevis benefited from training in renewable energy and energy efficiency.

Mr. Powell said he was hopeful that the skills and knowledge garnered by the teachers during the training would be shared with their respective schools specifically on November 15th.

The minister also used the opportunity to thank the Administration’s various partners in its quest for sustainable energy.

“We are also participating in a regional project entitled ‘Sustainable Energy Technical Assistance (SETA) for a Competitive OECS’ to develop sub regional and national energy efficiency strategies and action plans for the OECS countries such as St. Kitts and Nevis, funded by the CDB.

“We want to express thanks again for the support of these institutions (OAS, OECS, Caricom CDB the European Union, CARILEC etc.) as the NIA continues on its course to sustainable energy development and a green economy,” he said.

In declaring the week opened, Mr. Powell said the Administration’s record in the development of sustainable energy was clear.

“That is why I am pleased to declare the second Caricom Energy Week opened and hope to continue to have many more,” he said.

Among the activities planned for the Week will be an Open Day at the Nevis Electricity Company Ltd. (NEVLEC) for the public on November 14th. Members of the public have been urged to ask questions concerning energy and the role the electricity company had been playing in the process.

On the 16th all schools have been encouraged to organise tours with students to visit the Wind Farm at Maddens, the Geothermal Site at Spring Hill and the NEVLEC Power Plant at Prospect.

For the first event of the Week on Nov 12th, there was a small forum at the Nevis Disaster Management office at Long Point where a consultant presented findings of two energy audits conducted by a team of technicians from NEVLEC, Public Works and the Ministry of Communications.

The energy audits sponsored by the OAS as part of the Caribbean Energy Programme (CSEP) was conducted on two government buildings namely the Alexandra Hospital and the old Administration and Finance Building in Charlestown.

The OAS Programme also entailed training and energy audit equipment for the NIA.