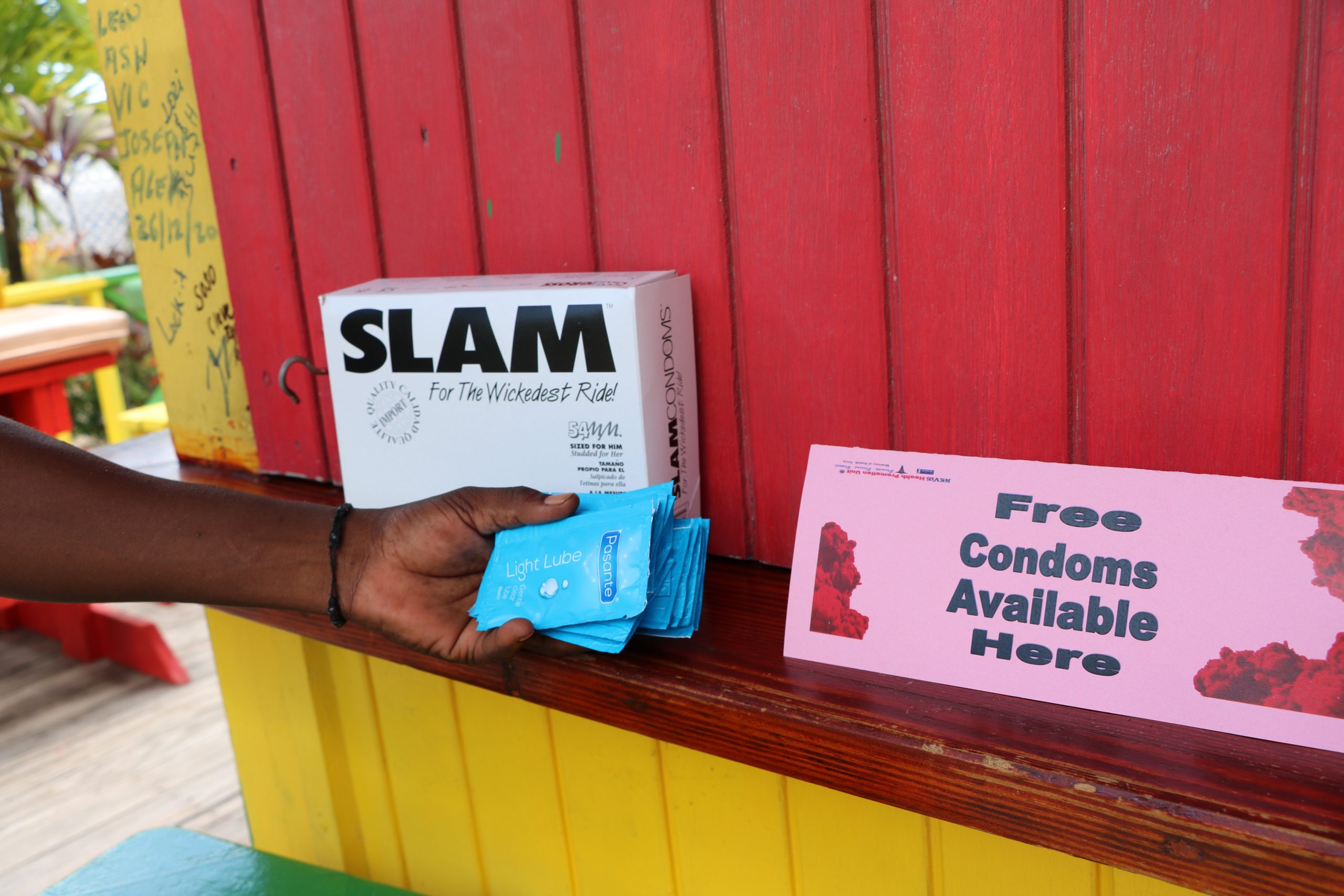 A sign indicating the availibity of free condoms along with condoms and packets of lubricant delivered to Sunshine’s Beach Bar and Grill on August 04, 2021, by the Nevis Health Promotion Unit as part of its initiative to promote condom use to fight against HIV and other sexually transmitted infections

NIA CHARLESTOWN NEVIS (August 04, 2021) — The Nevis Health Promotion Unit (HPU) is embarking on an islandwide drive during the month of August to promote the use of condoms.

Ms. Terysia Herbert, HIV Education and Prevention Officer at the HPU in the Ministry of Health, says the month-long event dubbed “Wrap it before you tap it” serves to curb the incidence of HIV and sexually transmitted infections (STIs) on the island.

“While the focus has been on COVID over the last year and a half, and rightly so, we still do want to keep in mind HIV and other STIs so we want to make sure that the general public is having safe sex and taking precautions to protect the ones that they care about,” she said.

Ms. Herbert explained that they are reaching out to and partnering with establishments throughout the island with high traffic of key populations among them – young people, men who have sex with men, sex workers, and the general public.

“We’ve partnered with various bars around the island, and we’ve covered a few bars in at least each parish so persons would be able to easily access the condoms.

“The condoms would be located behind the bar but there will be a sign indicating that this bar is participating in our programme, and so all the patron has to do is to request the condoms and they will be provided by the bartender,” she said.

“We are currently working on other bars so this is not an exhaustive list, so the full list of bars that are partnering with us. We ask that you please go to our Nevis HPU Facebook or Instagram for a full list of our partners,” Ms. Herbert urged.

Other establishments who wish to be a part of the initiative can call the Nevis Health Promotion Unit at Tel: 469-8010.