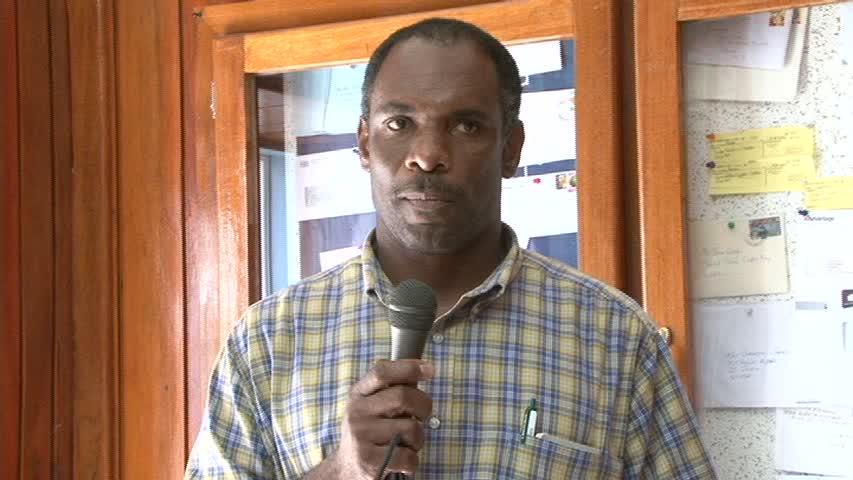 Treasurer in the Nevis Island Administration Mr. Colin Dore
NIA CHARLESTOWN NEVIS (January 21, 2014) — Members of the public who have any business with the Inland Revenue Department of the Nevis Island Administration have been advised that that office would be temporarily relocated to the Charlestown Post Office from Wednesday January 22, 2014, five days after a fire engulfed the building at its previous location.
The announcement was made on January 21, 2014, by Treasurer Mr. Colin Dore during a briefing on the progress made with the provision of services to the public since an early morning fire, on January 17, 2014, had disrupted the operations of the Treasury, Inland Revenue and Value Added Tax (VAT) Departments.
“At our last update we did indicate to the public that within three to five days we were expected to be up and running. I am happy to report to you that our cashiers for the Inland Revenue would be functioning from the Post Office from tomorrow Wednesday to resume the collection of revenue on behalf of the Administration.
“While we seek to find permanent location which I am hoping we can do by next week Monday we want to ensure that we continue to serve the public especially those persons who have Drivers Licences to renew, Business Licences to renew and any other taxes which are normally paid in January. We have made temporary provisions at the Post Office right here we can accommodate your services for the next couple of days. As we go later in the week we will give you further update in terms of a more permanent location,” he said.
Mr. Dore also had news on the status of other services rendered by the other departments, among them the disbursement of documents and salaries.
“I am here to confirm to you, that we did not have any data loss from the Treasury’s point of view. I want to assure those persons who had cheques to collect between now and the end of the month that we should be in a position to reissue those…
“A few persons who didn’t get their salary at the end of the month because as we had the pay day earlier because your lodgement did not go to a bank you are collecting via a single cheque we are hoping that we can reissue those single cheques by next week Monday. We will advise you as to where you can collect those for those persons who didn’t get their salary: the monthly workers and especially the weekly ones,” he said.
However, the Treasurer noted that while his Department would not be able to provide payrolls for Friday January 24, 2014, a bulk payment would be made the following week.
“We will not be able to do a payroll for the weekly workers this week but we want to assure that come next week Friday everything would be back on track and your weekly wages will be available from next Friday for both this week and next week,” he said. 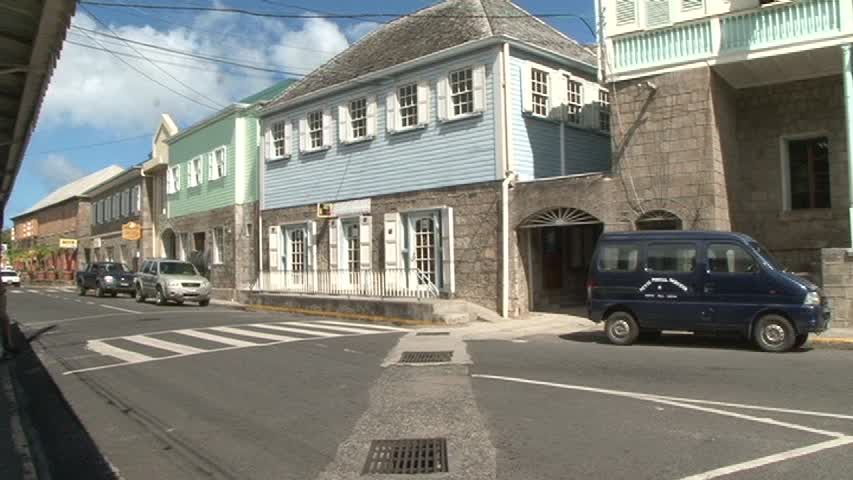 Mr. Dore also had news for Treasury Bill holders and assured them that they had no need to fear or panic because of the damage done to the Treasury by the fire.
“I especially want to assure the Treasury Bill holders that our Treasury Bill Register is intact. We have checked it, there is no data loss and between now and the end of the month we will be in a position to reissue Certificates.
“The only thing that is missing for us right now is the paper on which to print the Certificate and we are hoping to get a stock of that and we will have Certificates ready at the end of the month. The Register is intact and so persons shouldn’t be afraid that their money has gone missing or their names have disappeared. Everything is intact and the Register is intact and I am happy to report that,” he said.