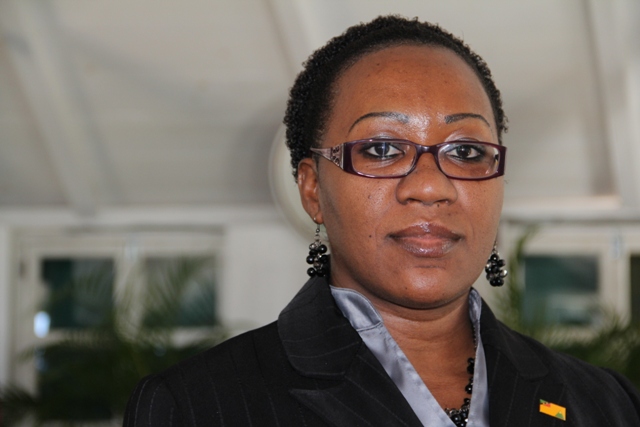 Clerk of the Nevis Island Assembly Shemica Maloney (file photo)
NIA CHARLESTOWN NEVIS (March 04, 2014) — The Nevis Island Assembly will meet for the first time in 2014, with a sitting at Hamilton House on Samuel Hunkins Drive on March 05, 2014.
According to the circulated Order Paper, dated February 27, 2014 from Clerk of the Assembly Shemica Maloney, Minister of Finance in the Nevis Island Administration Hon. Vance Amory is expected to seek leave to introduce for its first reading, the Nevis International Banking Ordinance, 2014.
The proceedings will commence with the formal entry of the President of the Assembly Honourable Farrell Smithen, followed by prayers after which there will be a motion for the approval of the Order Paper as circulated.
There will then be messages from Deputy Governor General His Honour Eustace John, followed by announcements by the President; Papers to be laid; Statements by Ministers; and Personal Explanations before the introduction of Bills and first reading. This will be followed by Public Business and the Bill’s second reading before the sitting adjourns for the day.