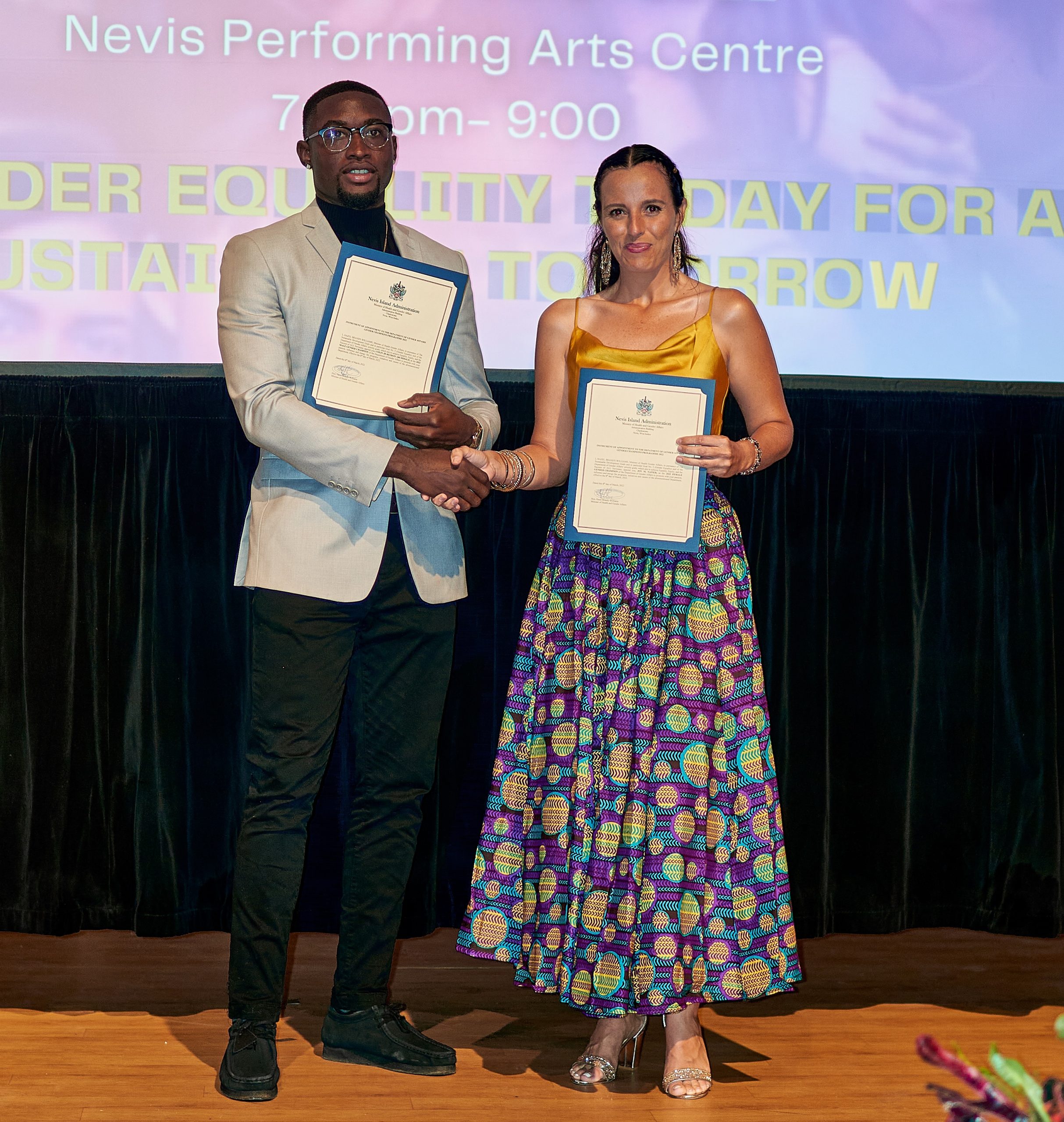 (l-r) Mr. Colin Kezron Archibald and Ms. Joy Napier, the first gender champions in the Department of Gender Affairs’ Gender Champions Programme, showing off their Instruments of Appointment at the Ministry of Health and Gender Affairs’ International Women’s Day Awards Ceremony at the Nevis Performing Arts Centre on March 08, 2022

NIA CHARLESTOWN NEVIS (March 10, 2022) — The Department of Gender Affairs on Nevis launched a new initiative called the Gender Champions Programme at the International Women’s Day Awards Ceremony hosted by the Ministry of Health and Gender Affairs on March 08, 2022, at the Nevis Performing Arts Centre (NEPAC).

Mr. Colin Kezron Archibald and Ms. Joy Napier, the first male and female champions in the programme, were presented with their instruments of appointment to the ministry by Hon. Hazel Brandy-Williams, Junior Minister of Health and Gender Affairs. She was assisted by Ms. Latoya Jeffers, Assistant Secretary in the ministry.

Mr. Mario Phillip, Gender Affairs Officer explained that one of the major functions of the department is to create awareness in an effort to transform the public’s perspective in relation to key gender issues including gender-based violence, gender roles, equality and equity.

According to the Instruments of Appointment, the gender champions are appointed to promote the programmes, initiatives and causes of the department for the benefit of all Nevisians and in pursuance of the Sustainable Development Goals in particular Goal no.5 which deals with gender equality.

Both Mr. Archibald and Ms. Napier were selected for their work in gender related matters in keeping with the department’s agenda. Mr. Archibald is an international cricketer, a recording artist and mentor to budding cricketers on Nevis, while Ms. Napier served as the Caribbean Community (CARICOM) Youth Ambassador for St. Kitts and Nevis and a national representative to the Commonwealth Council.