Mr. Amory told the Department of Information on April 18, 2013, that he had summoned the meeting which was held in the Cabinet Room at the Bath Hotel, to discuss with them the future of the education system and programme and the difficulties they encountered in the execution of their duties.

“The interaction was really, really very positive. I think there were some very important matters raised and we sought to provide solutions or to look at how we can solve the problems which exist and how we can build on the positive things which they are doing in the schools already…

“The object was to have a discussion with them on where they see the education system and the education programme going, what kind of difficulties they were experiencing in respect of the physical plant, in respect of their own ability to deliver the education product. It was really also to enlist their support further in getting the type of education system which we can be proud of, ensuring that the school’s delivery is focused on the children and that the children became the reason for the existence of the schools,” he explained. 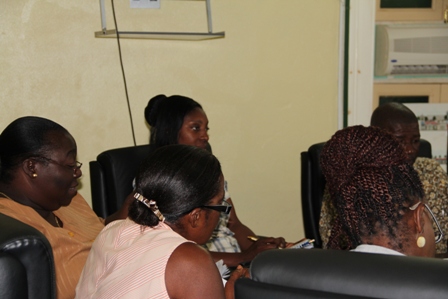 According to Mr. Amory, there were discussions on internal problems the School Heads had experienced in management or with their students. However the focus was how they would go about the establishment of a reliable, efficient, excellent education system cognisant of the fact that resources were limited.

At the meeting they also discussed how they could operate as a team with the Minister formulating policies, while the Permanent Secretary would give direction in respect of the policy and how Head Teachers would manage the school system through their respective schools to ensure best results for the children. There was also the matter of interaction among schools.

Notwithstanding, the Education Minister said he was prepared to give the Principals the necessary support and to get them to see their role as an important one in the development of Nevis. 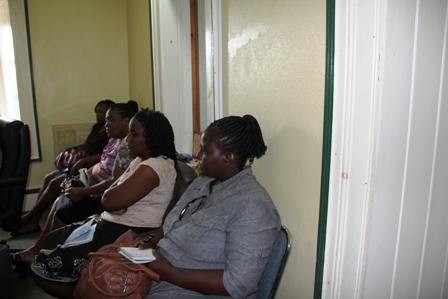 “If we produce children properly educated and I am not just talking of academic training or academic subjects, I am talking of the total development of the child – social development, getting them to realise that they have a role to play in terms of their future in the country, if we can produce in them a love of country, re-establishment of values, good manners, a respect for discipline, a respect for themselves, a respect for their teachers and vice versa, getting the teachers to respect the children and get the staff to have that professional approach to their jobs, we can be sure we can reduce social problems but we have to begin with the schools,” he said.

However, Mr. Amory said it was important for the parents support to be enlisted in that endeavour.

“We have to enlist the support of the parents in the homes and the other institutions but I just wanted to give them that point and to let them know that I as the Minister and the Administration will support them in their efforts,” he said.