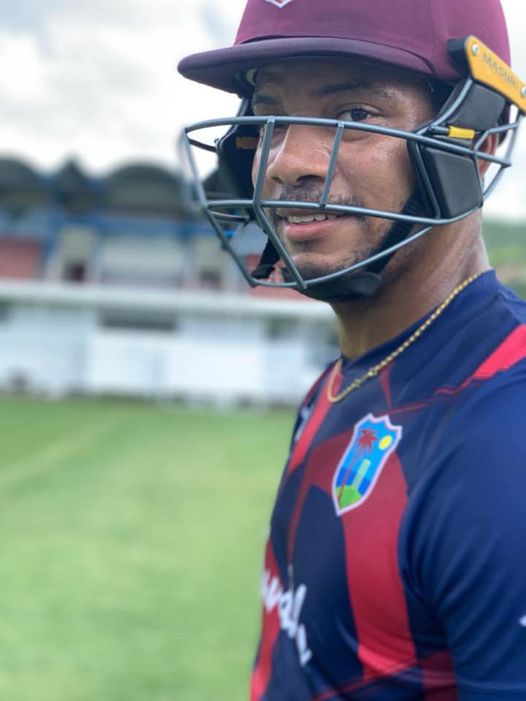 Roger Harper, Lead Selector on the Panel said, “Kieran Powell we know is a very capable batsman who we expect to add quality and depth to the batting department. He put himself in the mix with his performance in the Best v Best match.”

Powell, a 31-year-old experienced left-handed opening batsman, last appeared on a West Indies Test squad in 2018 against Bangladesh. He previously made the squad in test matches against Pakistan and England.

Known for his aggressive stroke-play, Powell made the St. Kitts and Nevis Patriots squad for the Hero Caribbean Premier League (CPL) 2020.

Hon. Mark Brantley, Premier of Nevis, commended the young sportsman on his selection to the West Indies squad for the upcoming test, saying all of Nevis was proud of him.

“I extend heartiest congratulations to Kieran and wish him every success. When he succeeds, all of Nevis succeeds,” he said.

“Heartiest congratulations to Kieran Powell for making it to the West Indies test squad for the Betway Series against South Africa.

“Congratulations from the Ministry of Sports, the Empire Sports Club and all of Nevis. We are proud of you and are very happy that you have made it back to the West Indies. Best wishes for the Betway Series. Go out and represent us well,” he said.

The first match of the Betway Test Series against South Africa will be played in St. Lucia at the Daren Sammy Cricket Ground on June 10-14.