The Community Emergency Response Team (CERT) training was sponsored by the African Caribbean and Pacific – European Union and the Italian Government through the Caribbean Disaster Emergency Management Agency (CEDMA). It was specifically designed for community leaders who have demonstrated the ability to teach and train others.

In a brief interview with the Department of Information on November 21, 2012, Mr. Dyer spoke about the aim of the CERT training.

“The CERT programme provides an opportunity for communities to become more self-reliant during disasters that may affect them. It enables the development of multifunctional response teams whose members can give critical support as first responders and provide immediate assistance to victims,” he said. 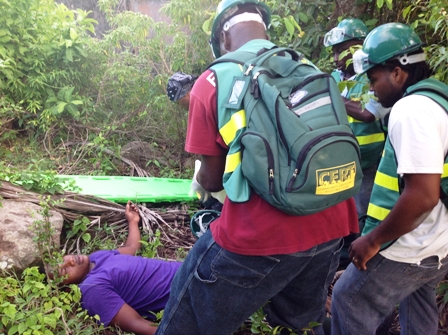 “It educates people about disaster preparedness for hazards that may impact their area and trains them in basic disaster response skills such as fire safety, light search and rescue, team organisation and disaster medical operations. In addition, members also received training on introduction to Disaster Services, Mass Care and Shelter and Operations and Shelter Simulations,” he said.

According to Mr. Dyer, a total of 27 participants attended the workshop drawn from Antigua and Barbuda, Anguilla, St. Kitts and Nevis, Montserrat and the Virgin Islands.

In conclusion, he said the training highlighted a number of roles and functions of CERT in the disaster management framework; highlighted the need for multi-agency collaboration and co-operation and strengthened the technical skills of the participants.

“The training was designed to test the critical thinking skills, mental and physical capacity of the participants and to that end it achieved the objectives as outlined,” he said.

When questioned about future plans regarding the training, Mr. Dyer explained they planned to meet with the managers of Disaster Management and also with the local government namely the Premier’s Ministry and devise a plan for the way forward because it was important for continued training and to build capacity in the communities on Nevis.

“We have to look at establishing teams in each community, maintenance of the teams to ensure their sustainability and also funding for supplying them with basic equipment to meet their needs in the event of a disaster. So that’s the long term plan for the training,” he said.

Meantime, Fire Officer Joseph spoke to some of the skills she gained from her training among them search and rescue, fire drills and map reading and how they would assist her in the execution of her duties on Nevis.

“Help the community in case of a disaster. We should be the first responder as a CERT on the island of Nevis and if St. Kitts needs assistance, we would be able to help also because we [Federation] had more than four people. Four [from St. Kitts] were with us on the training also,” she said. 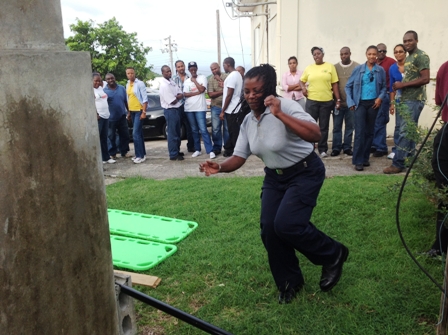 Ms. Joseph also thanked the organisers of the training workshop who she said made it possible for the contingent from Nevis to participate. She also thanked her superiors who allowed her time off from the job to attend.