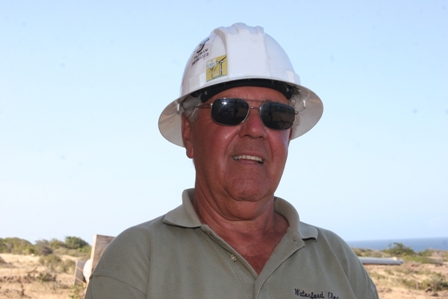 CHARLESTOWN NEVIS (February 23, 2010) — An official of Wind Watt (Nevis Ltd), a family owned and operated energy developer based in Canada said Nevisian workers would not be left out in the construction and subsequent maintenance of the Maddens Wind Farm.

Staff Electrical Specialist of WindWatt Power Canada Inc. Mr. Peter Hexamer told the Department of Information in a recent interview that the company had already began to employ persons some of whom he hoped would remain when the construction work was completed. 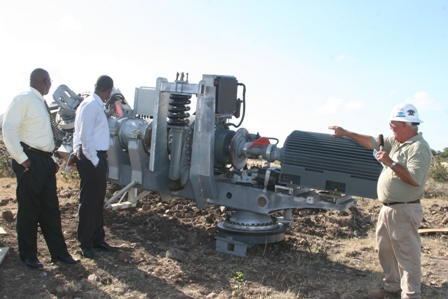 “Some of those people will be permanent assistance to us when the wind farm is done for trouble shooting and maintenance operations. So yes there will be as many local people involved as we can handle,” he said.

According to the Electrical Expert, the project called for specialised personnel at the moment that was not available on Nevis. A specialised drilling team of six persons from the United States were already on site but assured that “the actual assistance and the labour force that we are going to use here as much as possible will be Nevisians.”

Meantime, while he gave an overview of what the Wind Farm would look like Mr. Hexamer said the facility would utilise active pasturelands in the area which would be conserved once the wind turbines were assembled

“The turbines will be about 160 feet from the base to the middle of the engine and the fan blades themselves are about 75 feet long. So that is the physical dimension of them and as you can see from the layout of the turbine pad, it’s long because when the turbine has been laid down in the event of a hurricane then it takes up space across… 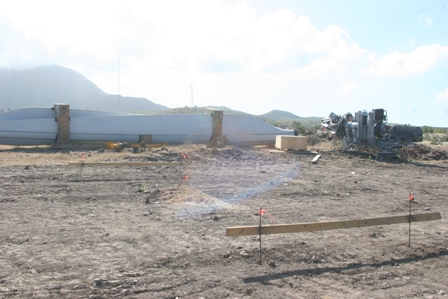 Sections of the blades and engine of the wind turbine

“All the rest of the area around the turbine will be turned back into pasture land. So the total foot print of all eight of the turbines when they are finished will be about two acres which is very minimal impact on the pasture land,” he said.

With regard to generation Mr. Hexamer explained that the power generated by the turbine would be fed directly into a nearby Nevis Electricity Company Ltd. grid at the same frequency of 11,000 volts which is 110/220 volts transformed for domestic use of 110/220 volts therefore it will mesh without any interruptions.

In response to a question pertinent to durability of the equipment, The Staff Electrical Specialist said the turbines had the durability to withstand the elements

“The blades are made of fibreglass composite so they are not subjected to ultra violet or salt air damage. The actual turbine stand is heavily galvanised treated steel and the expectation is it will withstand any attack by salt air for many, many, many years probably 20-40 years. 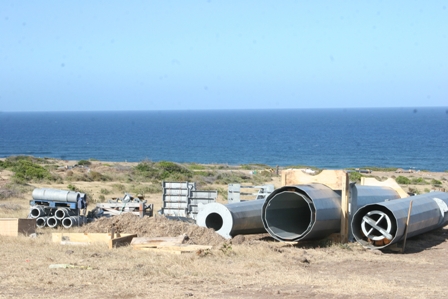 “The nice thing about galvanised steel is that it can be attended to if it needed to be in terms of painting or regalvanising or just general maintenance. It can be made to withstand a lot of the elements without any difficulty,” he said.