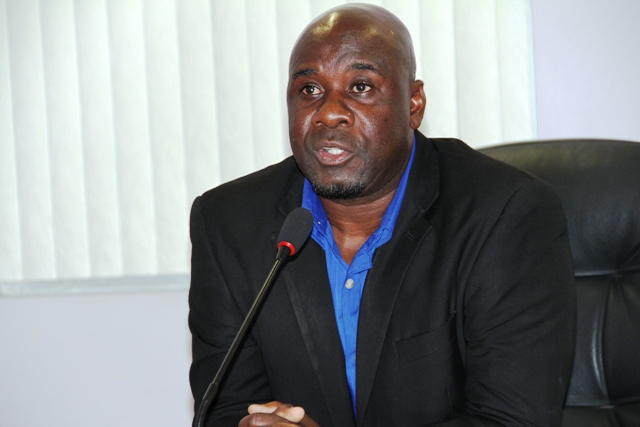 Minister responsible for Public Utilities on Nevis Hon. Alexis Jeffers (file photo)
NIA CHARLESTOWN NEVIS (MAY 10, 2017) — A new 3.85 megawatt Wӓrtsilӓ generator for the Nevis Electricity Company Limited (NEVLEC), is expected to arrive on the island in the next two weeks and its commissioning is planned for August.
The contract for the engine’s provision and installation at its Prospect Power Plant, was signed six months ago by the Nevis Island Administration (NIA).The Nevis Electricity Company Limited (NEVLEC) with support from the Nevis Island Administration (NIA), moved to make the US$5million investment to ensure that the people of Nevis have a reliable supply of energy.
Hon. Alexis Jeffers, Minister of Public Utilities in the NIA, recently announced a timeline in which the new engine would be commissioned. He was at the time a guest on the Government at Work Programme, hosted by the Premier’s Ministry on Voice of Nevis Radio.
“A significant date would be July 22nd when the commissioning and testing of the engine would be done on site. So all of the installation should have been done by July 22nd.
“The actual start up is schedule for August 13th. The performance test would be done on August 23rd and the actual handing over is scheduled for August 26th…We are just a few months away before we can say we are going live with this brand new 3.8 megawatt generator,” he said.
The generator was shipped on April 20th, 2017. Container loads of material for use in the civil works phase have already arrived on Nevis and work in that area is expected to begin ahead of the generator’s arrival shortly. The electrical and engineering work is slated to commence sometime around May 23rd. 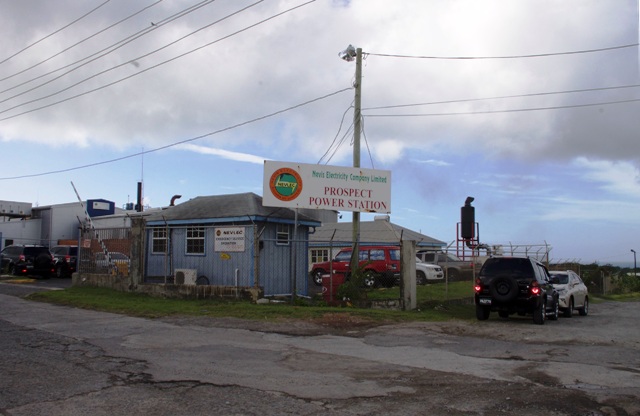 Responding to whether NEVLEC would be able to meet the island’s demand for electricity after the new generator is commissioned, Mr. Jeffers explained that it would.
“[The] new generator will certainly put us where we have never been before, in terms of having 2.7 megawatt Wӓrtsilӓ that is there already and a  3.85 megawatt that gives you just about your base load here on Nevis which is about 6 or 7 megawatts of power.
“Then in peak hours you can lean on the 2.5 megawatt containerised generator. So we will have more than what we need,” he said.
The older engines will be repaired instead of retiring them. They will be used as stand by generators in the event of any emergency.