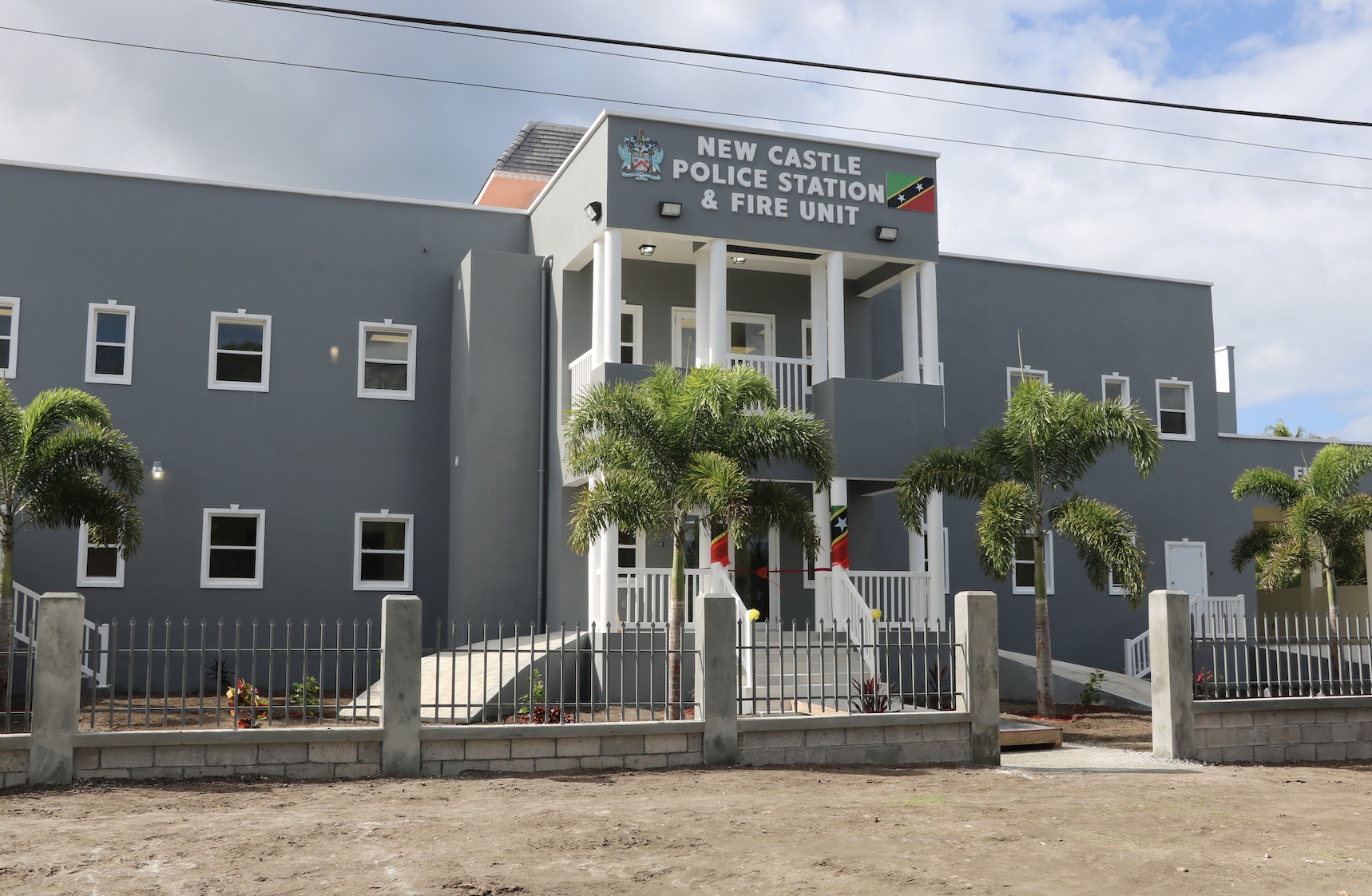 At a ceremony held on the grounds of the new $5.5million facility, Hon. Mark Brantley, Premier of Nevis and Minister of Finance in the Nevis Island Administration (NIA) said the police and fire officers who will live and work there should now see and feel the commitment of the NIA to them and their welfare.

“This building represents tangible evidence of the commitment of this government to the security forces and the safety and security for all the people of the island of Nevis.

“We see buildings, but we’ve also purchased vehicles, whatever we can make available …and we’ve tried time and time again to do the best that we could with the limited resources that we have to make sure that those men and women who serve in Nevis, serve in an environment that is conducive…Our security forces deserve the very best that we can offer them,” he said.

“Recognize that this is an investment that has been made for the future safety and security of the people of Nevis and the wider federation, and let us treat it with respect and let us recognize the effort that went into producing this,” he said.

Premier Brantley lauded the efforts of Hon. Alexis Jeffers, Deputy Premier and area representative for St. James’ Parish, who spearheaded the project, for persisting and seeing it come to a successful fruition.

“I want to go on record to say that were it not for this man called Alexis Jeffers, we would not be here today with this particular edifice, because I was there every step of the way as we agonized and struggled…

“He did bulldoze this building in 2016, at the time no plan and no money. He later got a plan but no money, and today, the end of 2020 we are here and we have a brand new building.

Among those present at the opening ceremony were Hon. Dr. Timothy Harris, Prime Minister of St. Kitts and Nevis and Minister of National Security; Hon. Alexis Jeffers, Deputy Premier and area representative for St. James’ Parish; Cabinet Ministers of the Nevis Island Administration; His Excellency Vance W. Amory, Ambassador in the Office of the Prime Minister; Her Honour Mrs. Hyleeta Liburd, Deputy Governor-General; Mr. Hilroy Brandy, Commissioner of the Royal St. Christopher and Nevis Police Force; Mr. Everette O’ Garro, Chief Fire Officer of the St. Kitts and Nevis Fire and Rescue Services; and various officials from the Nevis Island Administration and the government of St. Kitts and Nevis.