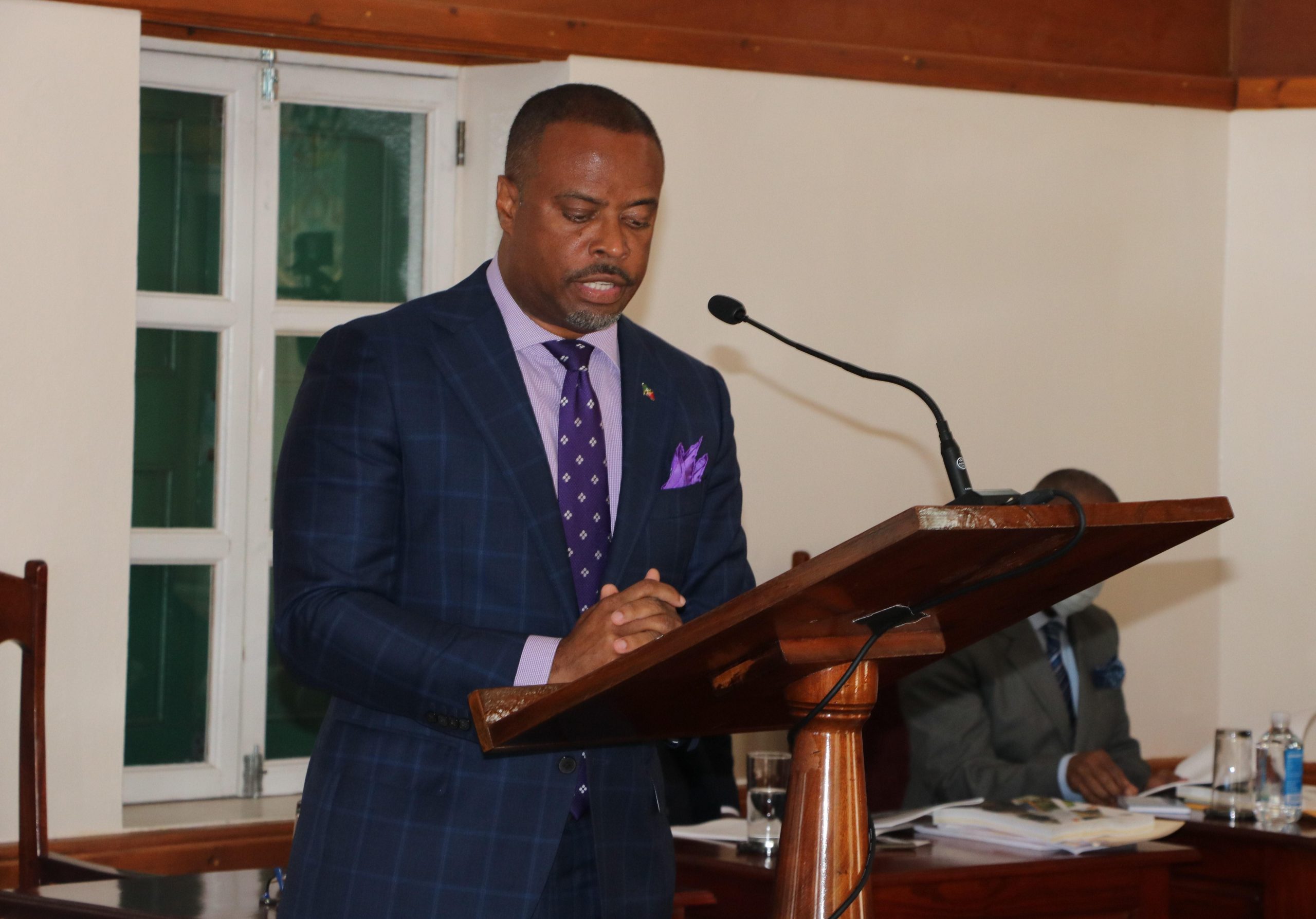 NIA CHARLESTOWN NEVIS (December 09, 2020) — The Nevis Island Administration (NIA), through sound financial management, successfully contained its public debt during 2020, despite the ravages of the COVID-19 pandemic on the island’s revenue streams.

This is according to Hon. Mark Brantley, Premier of Nevis and Minister of Finance in the NIA in his 2021 Budget Address, delivered in the Nevis Island Assembly on December 08, 2020.

“I wish to report that despite the significant decline in revenue collections in 2020, your government was ever prudent in its expenditure management and was able to limit the extent of any new borrowings…

“This government seeks to be fiscally conservative and therefore any increase in debt at any level is unwelcome. However, given the twin problems of upward pressure on unbudgeted expenditure caused by high expenditure in healthcare and education and the downward pressure on revenue caused by the closure of our tourism and allied industries, I believe that we can be proud that we kept the increase in total debt to less than 4.4 percent,” he said.

Premier Brantley further informed that Domestic Debt amounted to $390.83 million, representing 91.36 percent of all debt, while the Foreign Debt amounts to $36.96 million or 8.64 percent.

He said the Central Government debt combined with debt of statutory bodies and other NIA guaranteed debt, amounts to a total Public Sector indebtedness of $481.54 million as of October 31, 2020.

Mr. Brantley went on to inform that in anticipation of a prolonged post COVID-19 effect on revenue, the NIA had negotiated an arrangement with the Bank of Nevis to convert $20 million of its existing overdraft balance into a long-term loan.

He noted that this is not new debt, but a restructuring of existing debt so as to give the NIA “some spending scope within our existing overdraft limit”.

This loan would mean a lower interest rate and therefore a lower cost to service for the NIA.

“We will always endeavour to keep our indebtedness in check and seek out low cost or concessionary financing whenever there is a need to incur new debt. This forms part of our overall debt strategy, aimed at keeping our annual debt servicing obligations within manageable limits,” he said.

Premier Brantley expressed gratitude to the NIA’s bankers for allowing the government the flexibility to work within its existing overdraft limit to meet the day-to-day expenditures of government over the past months.