Her comment came when she delivered opening remarks at the first ever Award Ceremony for Young Civil Servants, the brainchild of Permanent Secretary Mr. Chesley Manners, was held at the Botanical Gardens on May 25th 2012. A total of 15 persons, singled out by their superiors were honoured based on a criteria provided by the Human Resource Department.

“Mr Chesley Manners, who having been a teacher for most of his professional life recognized the need to motivate young people by giving credit where it is due and timely…Mr Manners has remarked to me more than once that he feels we need to do more to tangibly acknowledge the good performance of young employees in the public service, in an effort to both motivate them and encourage them to make successful careers here.

“Their efforts are often overlooked, although we wish to cultivate a strong core of young officers to replace the older ones as they move out. Good performance and attitudes should never be taken for granted, especially when there is sadly, much to criticise in the general work ethic pervading the service. We tend to moan a lot about that but need to celebrate that which is positive and promising,” she said.

According to Ms. Byron, the ceremony was intended to commence in June 2011 with a criteria developed with the assistance of Mrs. Novelette Morton-Hanley of the St. Kitts Tourism Authority.  They requested nominations of one young person under the age of 30 and planned an Employee of the Quarter Award. However, she said they soon realised it was unrealistic and have since decided to make the event a regular part of the Ministry’s activities. 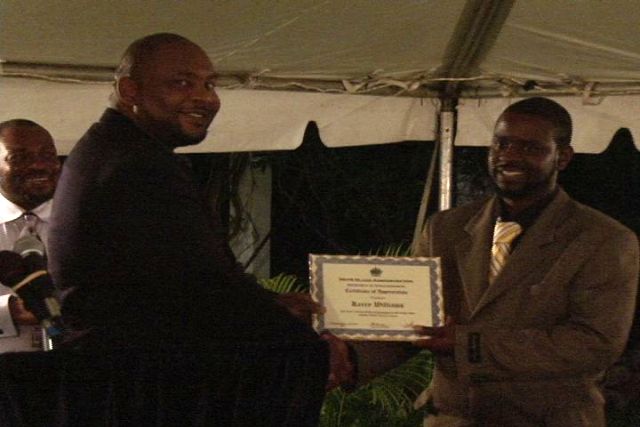 However, in September after a reminder Ms. Byron said the Departments did respond.

“We received in total 15 nominations based on the following criteria: punctuality, attendance, interpersonal relations/teamwork, respect for confidentiality, customer service, quality of work, willingness to go beyond the call of duty, proven ability to take initiative, and care of workplace and equipment.

The Training Officer acknowledged that there were several young employees in the Civil Service who were hard working, efficient, conscientious, motivated, innovative, creative and committed.  Many, she said were quiet and unassuming and did not make a song and dance about what they did but just did it well and consistently.

“Some may have plans to move on to other horizons, others may be uncertain about what they want for their future, while others may wish to make a long-term career in the Service. What matters is that they take their jobs seriously and give good, even excellent service,” she said.

As such Ms. Byron said it was the job of her Department was not only to reward those who did well but to try as best they could with limited resources to encourage all workers in the Service and to help them achieve job satisfaction through good performance.

They have attempted to achieve that goal through various training workshops and seminars and she spoke of other plans for improvement that would eventually enhance the Civil Service. 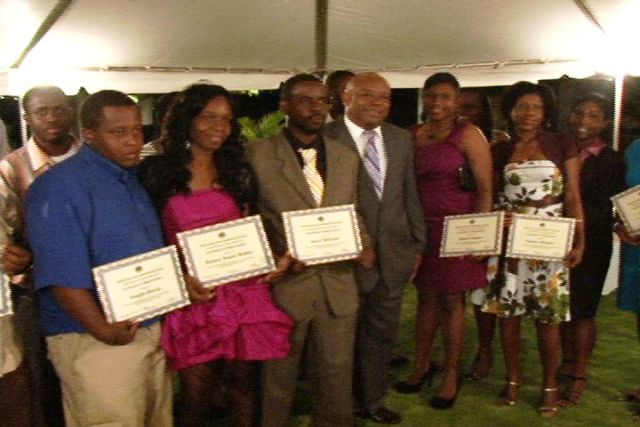 “We also wish to do more in terms of improving recruitment and placement procedures and through developing better communication channels and opportunities for dialogue within and among units and departments, where many frustrations and misunderstandings exist. Also we wish to develop better processes to reward good performance.

“So we hope that this short ceremony will be the start of better things to come,” she said.