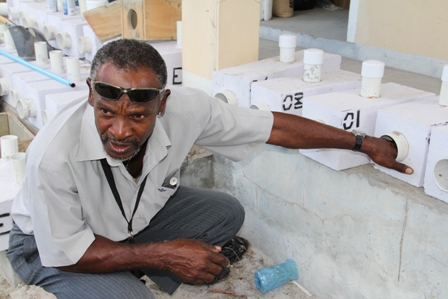 NIA-CHARLESTOWN NEVIS (September 05, 2011) — Health personnel on Nevis moved to decrease the rat population on Nevis on Friday with particular emphasis on Charlestown with the launch of the Bait Station Project, a programme they said would address a matter of critical concern to public health officials.

Principal Public Health Officer in the Ministry of Health’s Environmental Health Services Division Mr. Anthony Webbe told the Department of Information in an interview after placing the first three traps on the grounds of the Museum of Nevis History, that rats were associated with a number of diseases and the bait stations were preventative measures to safeguard Nevis.

“Based on our observations and feedback from the business places and the public we tend to believe that there is a rat problem and the availability of food that might be put out by some of the restaurants and we have the Public Market where a lot of old stuff, refuse linger around rats would harbour in those areas.

“The bottom line is that we are quite aware that rats are associated with a number of diseases Leptospirosis, Rabies, plague you name it so we want to ensure that we put the necessary things in place to prevent those diseases from coming to our country,” he said. 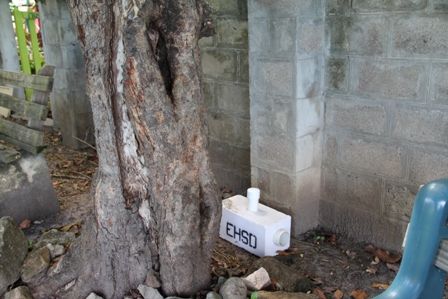 Mr. Webbe noted that the bait stations were constructed by staff of the Division over the past three months but remained the Department’s property.

As he explained the workings of the bait stations, the Principal Public Health Officer urged the public to abstain from interfering with the traps, since his staff would monitor them on a weekly basis.

“In terms of the bait stations and how they work, the bait section is covered and one or two blocks are placed on a tray inside. It is covered to prevent water and others from getting to the poison blocks.

“The rats go into the station by means of an entry hole, feed on the poison and eventually die. Once the rat eats the poison, it creates thrust and haemorrhaging so they would want to find water wherever it is. It might take a few days but once it starts eating the poison, it will eventually die,” he said.

According to Mr. Webbe, the Bait Station Project which started in Charlestown would be an ongoing one and the outcome would determine whether the project would be expanded. 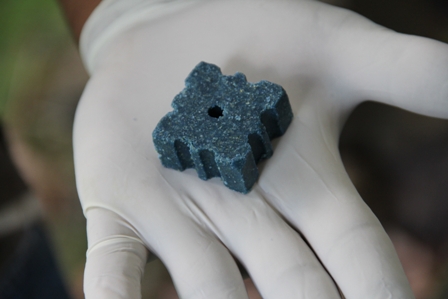 In response to a question which enquired what prompted the project, the Public Health Official said he was a delegate at a conference in Barbados recently where the matter was discussed.

“A number of Caribbean countries are getting involved, in Barbados you see exactly how it is done and where they are placed if you go to the seaport for example. There are a number of them at locations in Barbados and they have proven to be very effective. Dominica I learnt is doing the same kind of project and we [in Nevis] are no stranger,” he said.

In conclusion Mr. Webbe expressed thanks to the Nevis Island Administration for funding the project and his counterparts Mr. Patrick Newton and Mr. Perrier Skeete who have assisted with the construction and placement of the bait stations.