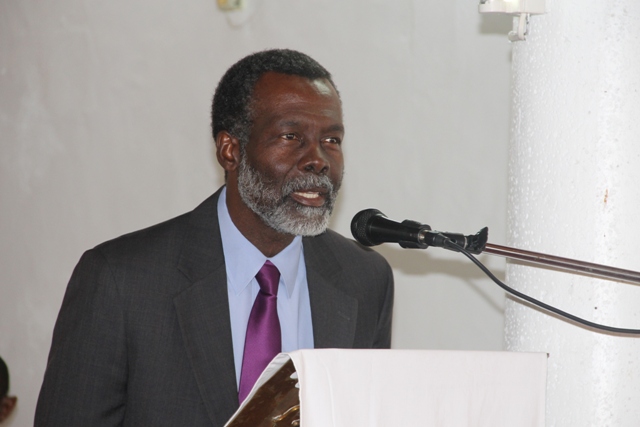 “Whenever you have done anything, it has been without ostentation; very calm, very professional, very humbly done and I think, that is what, I believe, endeared you to me as a person…
“The manner in which you perform your duties, I think, it is something which so many others, what we call high officials, would do well to emulate and to practise because it is that which I think makes a difference in bridging gaps between the professionals, the persons in leadership and the people who are called to serve, whether as Ambassadors in our country or for organizations like the OAS, in your case, or simply as government officials or whatever we had been chosen to do,” he said.
Mr. Amory also used the opportunity to thank Ambassador Greene for his unwavering assistance during his time in St. Kitts and Nevis and wished him well at his new post.
“I want to thank you again for the work you have done among us, for the assistance you’ve given to us as a Government and as a people, in the development of our human resources and to thank you personally for your friendship and for the type of guidance and encouragement which you have given to me over these eight and more years during which you have been here.
“Thank you so much and may God be with you to your new appointment and may you have similar successes there because I know that you are a man that strives for the best and that you will find success because you are the source of success. Thank you very much and God bless you,” he said. 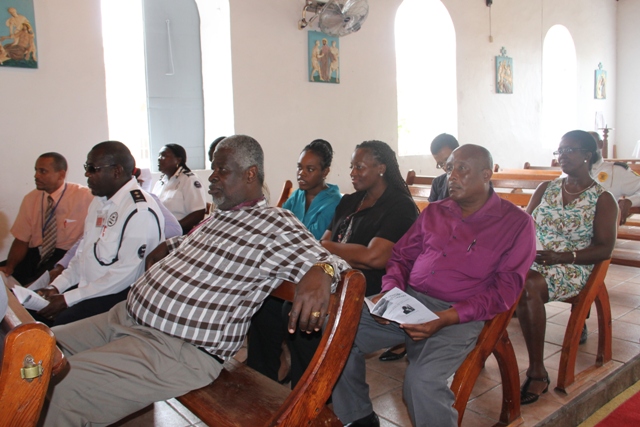 In response, a grateful Ambassador Greene thanked God for having had the opportunity to work in St. Kitts and Nevis.
“I want to say how appreciative I am to God Almighty for having given me this opportunity to serve in this twin-island Federation and it was the mission I undertook not knowing where I was going but I knew that God was with me and from the moment I stepped off the ferry, the embrace I got from the people in Nevis was like none other.
“So I came here this morning to say thanks, thanks to all of the people from Nevis who embraced me and there were those who held me by the hand and showed me where to go and where not to go and that meant a lot, giving me the direction and helping me to accomplish or to carry out the work that I was sent here to carry out,” he said.
The Ambassador also spoke to the work done on Nevis with the NIA and Non-Governmental Agencies in the area of education, geothermal development, disaster preparedness, technical cooperation projects and professional development and gave the reason why he cared about people.
“I like to mingle. I like to hold the hands of people and look them in the face. I like to embrace people. I like to make people feel that they are somebody indeed and not because I am OAS representative. Somehow, I want to be down there with you because I came from very humble beginnings and so I cannot forget where I came from,” he said. 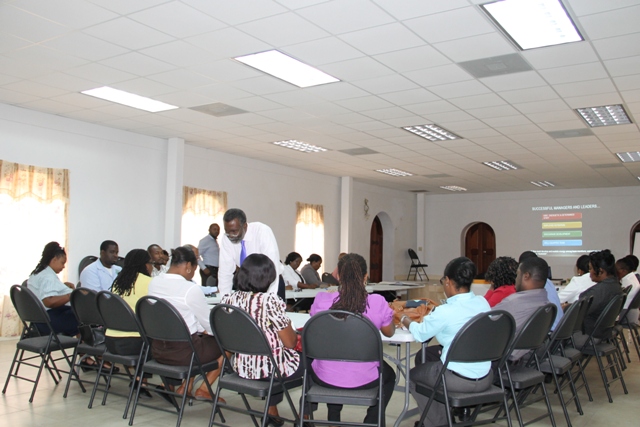 In conclusion, he said: “I wish I could do more but my time has come. My work is ended in a sense, ended in that the task I was given to carry out is complete so there is no need to linger around. I must now move on and my successor, he will have the responsibility to build on the foundation…
“I think with your help we were able to do the planting and now it’s time to water and we will see the increase in time. May God bless all of you and keep you in all of his ways,” he said.
Ambassador Greene was expected to leave the Federation shortly for his new post in Belize.