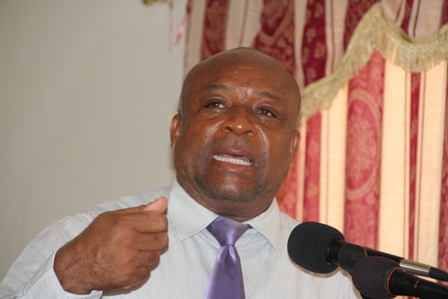 The Minister addressed the students on Friday at the closing ceremony for the Department of Social Services – Youth Affairs Division’s 8th Annual Summer Job Attachment Programme. The event was held in collaboration with HOPE Nevis Inc. at the Red Cross Building with representatives from the private and public sectors that had employed the students in this year’s programme, in attendance.

“I think the Summer Job Attachment Programme ought to do something for you all in that, it is suppose to bridge the gap or prepare the bridge to move from school to work…

“I am sure that the skills learned will help you in the future and please show the difference. Show that there was a difference between the you who went to the Summer Job Attachment Programme and those who didn’t go. I think you ought to do that, you must see the difference in you,” he said.”

Mr. Daniel advised the students to take note of a study done by the World Bank report on work in the Organisation of Eastern Caribbean States (OECS) entitled “School and Work in the Caribbean”, which stated that employers in the private sector, in particular, were looking for persons with the capacity to do teamwork, had good communication skills and also had good conflict resolution skills, in addition to the subjects they had from the Caribbean Examination Counsel (CXC) and Caribbean Advanced Proficiency Education (CAPE).

“The point they are trying to make is they do not only want the subjects but they want people who are able to communicate well, they want people who can work within a team and kill this individualism which kill so many of us in our jobs and of course to deal with the question of conflict on the job.

“So while you have your Summer Job Attachment, I trust that you were able at least to give some consideration to those three things, it would help,” he said. 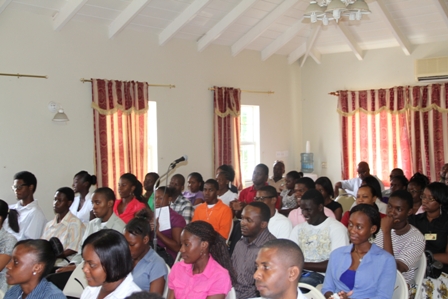 Meantime, the Social Development and Youth Minister also stressed the need and importance of practising punctuality and urged the participants to take note of the cost of time.

“Pay attention to being early for work and being regular at work. We lose in the Public Service and in the Private Sector hundreds of thousands of dollars per year, from persons who come to work late and from persons who just decide they will not work today…

“I want you as young people to break with the custom, that if you are going to work for 8 o’clock, it means that you get to work by 7:45 so that you are ready to work at 8 o’clock,” he said.

Mr. Daniel told the students that the opportunity to participate in the Programme would have offered them a chance to determine their careers. He told them they should learn to behave like owners, since that was another trait employers were looking for in a world where jobs were becoming fewer and economies rose and fell.

“It is very important that you behave like the owner because that is what will make the difference in the 21st century for the workers. I believe that the wide range of experiences that you have had would allow you to choose your career,” he said.

The Minister also used the opportunity to thank the employers who participated in the programme and the staff of the Department of Youth who he said coordinated the programme throughout its duration.