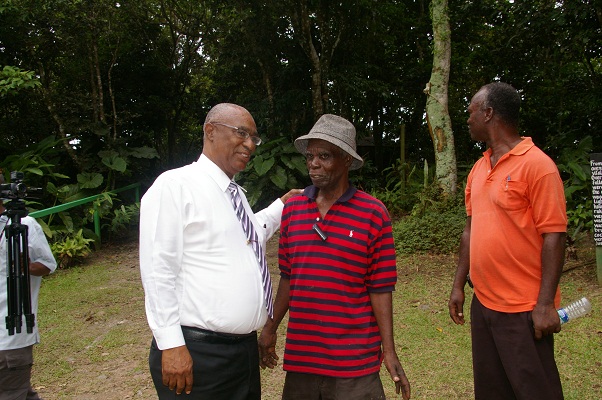 Among the scores of patrons at the day-long affair was Premier Joseph Parry.

The Premier interacted with residents and visitors alike as they enjoyed the day out, by playing games of yesteryear, taking donkey rides around the site, witnessing how Cassava mussa was made on a coal pot, feasting on the many delicacies on sale, or sniffing the mountain air.

Hit by the nostalgia bug, the Premier took the fan away from the duo charged with the culinary demonstration of cassava mussa, Chesley Manners and Shefton Liburd, and showed them how to “properly” fan a coal pot. 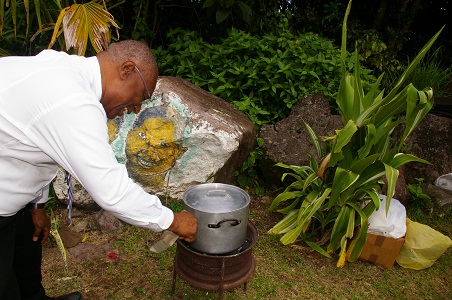 Demonstrations were a big attraction at the event and they included bread making using the old-fashioned stove oven, soap making and informative sessions on which bushes to use for certain ailments.

Another feature was an Arts and Crafts display put on by Nevis’ own Ms. Marie Mason, who had various soaps, candles and local artwork on sale.

“I am pleased to see that the young and old came out and enjoyed all that Peak Haven has to offer today, and I hope it continues to partner with the Culturama Festival, and this event grows bigger and better each year”, said the Hon. Joseph Parry.

Mr.Herbert’s grandmother, Mary “Barba Butt Butt” Herbert, a favorite subject of noted artist Eva Wilkin’s paintings, was born on the site of Peak Haven, one of the most sought after restaurants on Nevis. Karen Herbert, the daughter of Edward co-ordinated the day’s activity. 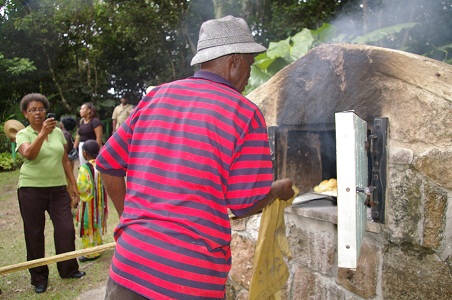