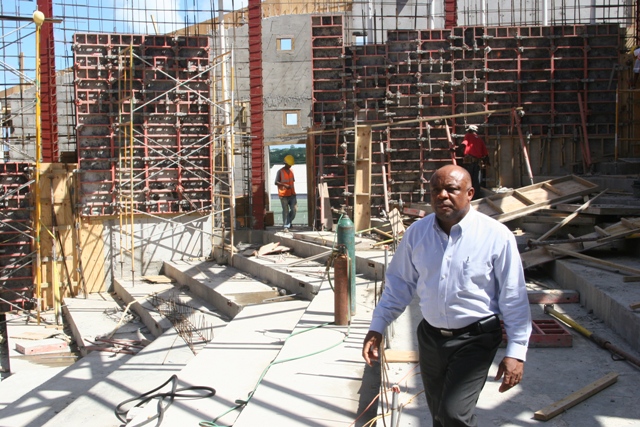 CHARLESTOWN NEVIS (September 27, 2010) — Residents on Nevis will soon see the opening of the island’s own performing arts centre which, upon completion, is expected to seat approximately 400 persons.

At last Friday’s visit to the site in Pinney’s, Minister of Culture in the Nevis Island Administration [NIA] the Honourable Hensley Daniel spoke with Project Manager Mr. Dwight Powell about the progress made thus far.

The culture minister said he was eagerly awaiting the completion of the project and spoke with the Department of Information about the expected benefits the centre will bring.

“We look forward to the opening of this centre which will facilitate the hosting of events, music, dance and drama but most importantly, this centre will give fillip to the performing arts in Nevis. 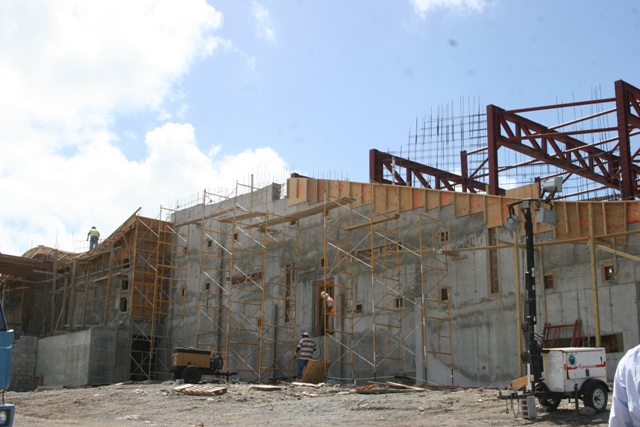 The project is being funded by the NIA and the Government of China on Taiwan and, according to Minister Daniel, will expand to include professional development.

The construction of the Nevis Performing Arts Centre, according to Minister Daniel, is providing jobs for a large number of Nevisians with over 90 percent of the employees being locals. He also recorded his satisfaction with the level of work being done.