The Minister who was part of a team led by Premier of Nevis Hon. Joseph Parry who toured the modern facility ahead of its planned official opening in April. The tour was conducted by General Manager of the Nevis Performing Arts Centre Mrs. Deslyn Williams-Johnson.

“This is one more example of performance matters in the Nevis Island Administration under the Nevis Reformation Party. As Minister of Culture it gave me a sense of these are the things we ought to do for the people. The tour here simply brings to fruition; vision what we have for the development of culture. 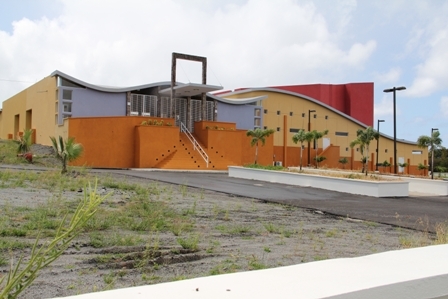 “If you notice we are promoting culture at the community level with training in music, dance and drama with the idea that once we have that down we will have beautiful performances here at the Performing Arts Centre,” he said.

Mr. Daniel stated that he was impressed with the facility and held the view that the new centre would attract high level performances. He said the management structure had already been in place and the NIA was waiting on the final finishing works.

Notwithstanding, the Culture Minister had some words of advice for Nevisians.

“I want to say to the people of Nevis, this is your Performing Arts Centre and we are going to carry it to a level which makes it on par with the rest of the Caribbean and the rest of the world. 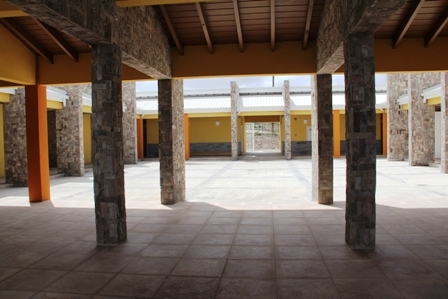 “This facility is for performances of a very high quality. This Centre is to challenge the people of Nevis to raise the bar, raise the level of performance and put it in line with those from across the region,” he said.

According to Mr. Daniel, he found it remarkable that the NIA was able to deliver the modern facility to the people of Nevis.

“We have a 400 seat capacity, a courtyard and very well landscaped grounds and all the facilities which allow for the production of performances so we are looking forward to its opening and very shortly we will invite the public of Nevis to enjoy,” he said.

Meantime, Projects Director of Contractors Surrey Paving and Aggregate Mr. Michael G. Archer P.Eng who accompanied Cabinet on the tour, said they were happy to be a part of the development. 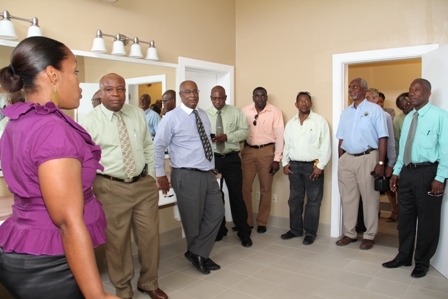 “We want to thank our staff led by Mr. Lewis. Also we want to thank the Nevis Island Administration for giving us the opportunity to participate in the erection of this iconic structure,” he said.

Also present was the project’s Architect Mr. John Baker of IXI Designs based in St. Maarten. 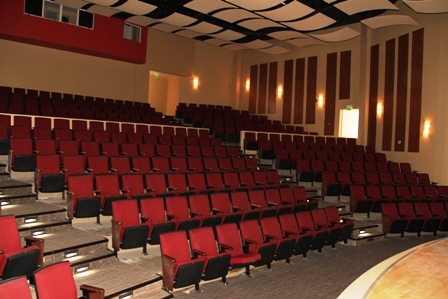 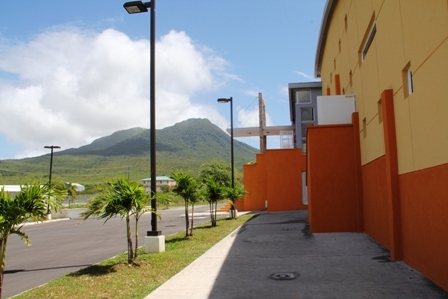