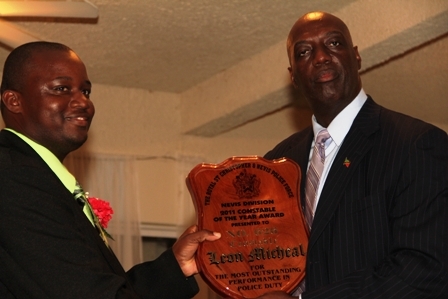 Michael who won the coveted award from a field of nine officers in response told fellow nominees that they were all Constables of the Year because of their hard work and dedication.  He also used the opportunity to advise all his colleagues and members of the public.

“Do not let this award deter you from performing your duties without fear, favour, malice or ill will. To the residents and citizens, as we strive to combat crime and violence in our Federation, we look forward to your continued support,” he said. 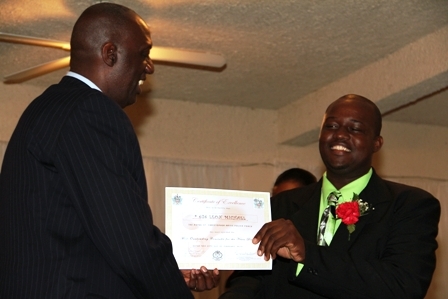 A visibly elated Michael used the opportunity to thank those who enabled him to carry out his duties diligently which earned him the award. He thanked God for life, his parents for allowing him to join the organisation and the Strategic Planning Group for showing the constables stationed on Nevis their appreciation.

“I would like to thank my immediate supervisor Sargeant Hazel who has showed me a great deal of respect and believing in me and for also teaching me a whole lot. Sargeant Hazel is one of the best supervisors I’ve ever worked with.

“I would also like to thank Mr. Joseph Liburd former Assistant Commissioner of Police who encouraged me at my early years in the organisation to empower myself and sitting the Police Promotion Exams. I can proudly stand here this evening and say I am the first from my course to have passed both the Intermediate Exams in 2008 and completed the Advanced Exams in 2010. Mr. Liburd I am grateful for your assistance and may God continue to strengthen you,” he said. 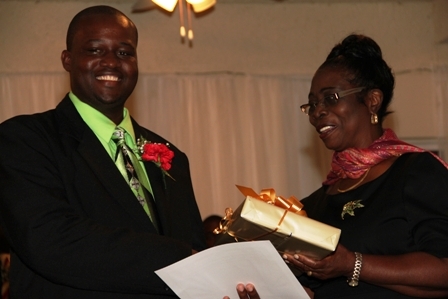 “I would like to thank Superintendent Hilroy Brandy, a man with a vision and a plan who at times seems disgusting but with his knowledge and expertise he has showed me a lot and only wants the best for the Police Force. I can’t forget Inspector Trevor Mills who has also taught me a lot,” he said.

Constable Michael was presented with his Certificate of Excellence and Plaque by Police Commissioner Mr. Celvin G. Walwyn.

The Police Constable Awards Ceremony and Dinner has been an annual event of the Strategic Planning Group in the Nevis Division. 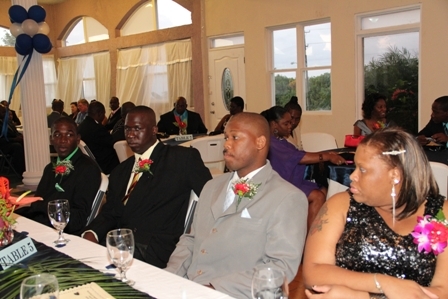 Sitting Chairman of the Group Sargeant Alanzo Carty, told the awardees as he congratulated them on their achievement that they had worked hard and the time had come to enjoy the rewards.

He also had words of encouragement for the young officers and urged them to not slacken the reins.

“There is much to be achieved. Do continue to be a source of inspiration and positive energy to your colleagues and of equal impotence to the people we serve.

“I implore you to take time out every now and then to reflect on our Force Mission Statement as it is the road map to a more productive and efficient organisation. May God continue to richly bless this organisation as we endeavour to make our communities safer for residents and visitors alike,” he said. 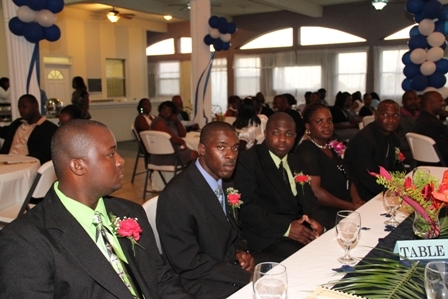