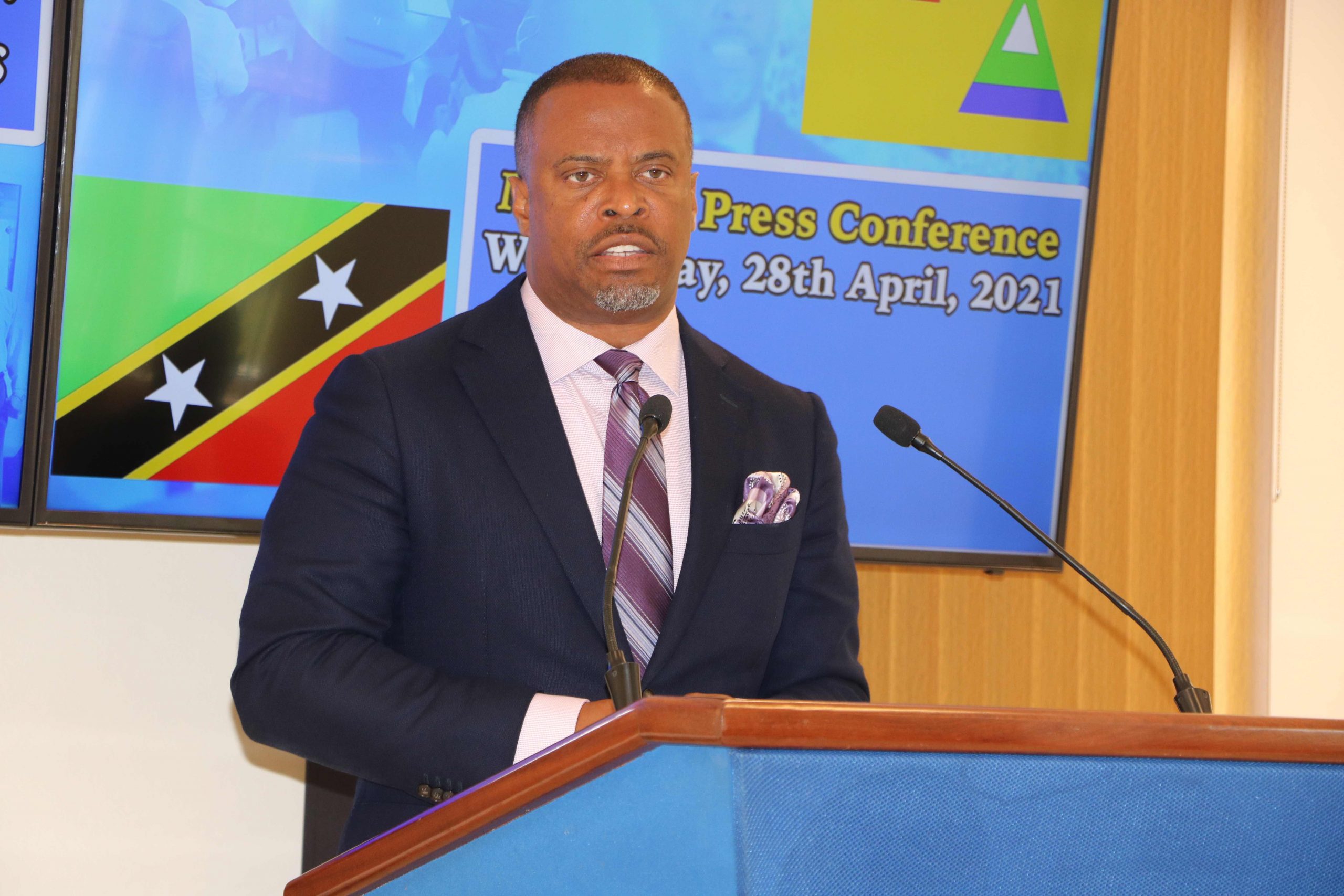 Hon. Mark Brantley, Premier of Nevis, at his monthly press conference in Cabinet Room at Pinney’s Estate on April 28, 2021

NIA CHARLESTOWN NEVIS (APRIL 29, 2021) — Hon. Mark Brantley, Premier of Nevis, told employees on the island whose jobs have been made redundant that he is doing all he can at the Federal level to hasten severance payments from the Ministry of Labour in St. Kitts.

The Premier, who is also a minister in the Federal government, addressed the matter at his monthly press conference in Cabinet Room at Pinney’s Estate on April 28, 2021, while expressing empathy with the employees.

“We know that many of our people who have lost work and have applied for severance payment have to date not yet received. We are heartened because we continue to agitate at the federal level and to encourage a more rapid movement there. In fairness they have been overwhelmed because the number of claims, they have been quite considerable…I empathise of course with those who are still waiting for their severance payments but I can say to them that effort is being made, in deed considerable effort is being made, to work through…

“I would want to assure the public particularly the workers here in Nevis…to let them know that the process is still ongoing and that we are asking for their patience as we try to ensure that we are accurate in what we do,” he said.

However, Mr. Brantley stated that so far employees on Nevis form the largest number of claimants in St. Kitts and Nevis who have so far received a pay-out.

“I am advised that some 69 percent of the total claims paid have been for Nevisian employees to date,” he said.

The Premier noted that he did not have the breakdown specific to Nevis but thanked Sen. Hon. Wendy Phipps, Minister of Labour in the Federal government for the national numbers with which she provided him.