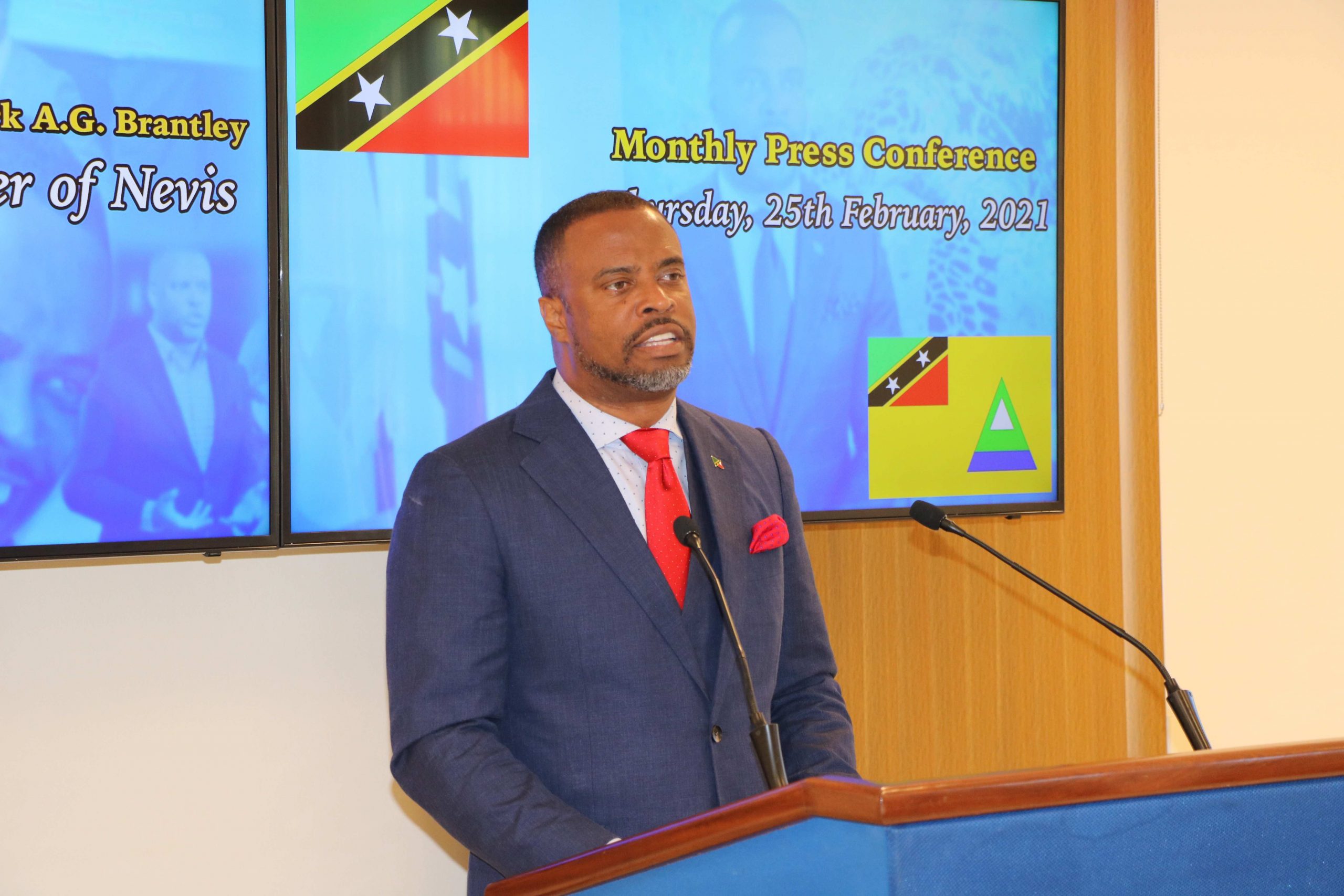 Hon. Mark Brantley, Premier of Nevis at his monthly press conference in Cabinet Room at Pinney’s Estate on February 25, 2021

NIA CHARLESTOWN NEVIS (February 25, 2021) — Hon. Mark Brantley, Premier of Nevis congratulated the Four Seasons Resort, Nevis on its 30th anniversary of operations on the island.  It was opened on February 14, 1991.

The Premier, who is also the Minister of Tourism in the Nevis Island Administration (NIA) expressed appreciation for the resort while delivering remarks at his monthly press conference in Cabinet Room at Pinney’s Estate on February 25, 2021.

“Let me take a moment as well to congratulate the Four Seasons Resort. They have just celebrated their 30th anniversary and I believe the Four Seasons deserves a special word of commendation because they have been here for the past three decades and have contributed tremendously to the life and times of this island.

Mr. Brantley stated that the resort has expanded since opening up on Nevis and continues to demonstrate its confidence in the island’s economy.

“When it started it was obviously just the hotel, now they have something I believe, in the region of 60 plus villas that form a part of that as well, and so the vision of Four Seasons is still manifesting itself 30 years on.

“In recent times this government would have been part of the re-negotiation and sale of that property to a new group and we would all recall that, that new group has invested upwards of US$60million in upgrades, again a significant investment which demonstrated confidence in the island of Nevis and the local economy,” he said.

The Premier noted that the Nevis resort was the proprietors first property outside of the United States and Canada, and recalled his meeting with the hotel’s founder.

“I think the public should consider for a moment Nevis of 30 years ago… If you reflect on Nevis 30 years ago you get a sense of what a quantum leap it must have been for Four Seasons to have come, and I recall the opportunity that I had to meet with Isadore Sharp who was the founder of Four Seasons at his home in Toronto, and Mr. Sharp said to me when he saw the site he fell in love, and the rest as they say is history. So we are grateful to them. I think 30 excellent years, and we thank them for their contribution,” he said.