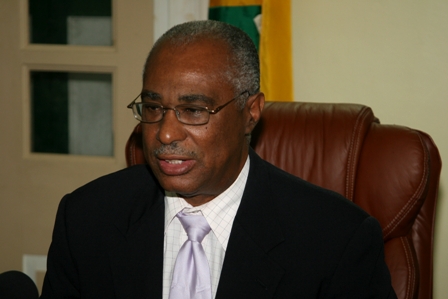 (CHARLESTOWN,NEVIS–MONDAY, NOVEMBER 29TH, 2010) Premier of Nevis, Hon. Joseph Parry said in an interview with the Department of Information on Monday morning that, “Positive things have happened for Nevis in November”.

Thursday, 25th November 2010, The Four Seasons Resort-Nevis, had its first Pay Day since the over 600 employees were rehired from November 1st. The Resort continues to work toward its planned 15th December 2010 reopening, much to the delight of both public and private sectors in Nevis.

The reopening has been long awaited by the business community and other Tourism partners.  It is also expected to kick start Nevis’ economic recovery in January 2011.

Another recent event was the passage into law of the Income Tax Amendment (2010) Bill in the Federal Parliament on Thursday, 25th November 2010. The new legislation cleared the way for the NIA to collect corporate taxes on all business carried out on the Island of Nevis regardless of where the parent company is registered or based. As a result additional tax revenue will be generated for the NIA in the region of $10,000,000.00.

The Leader of the Opposition the Honourable Vance Amory admits to trying to achieve this for most of his political career (15 years plus). However, the Honourable Joseph Parry’s team was able to accomplish that landmark goal in a mere four years of the first term of his Nevis Reformation Party (NRP) led Government.