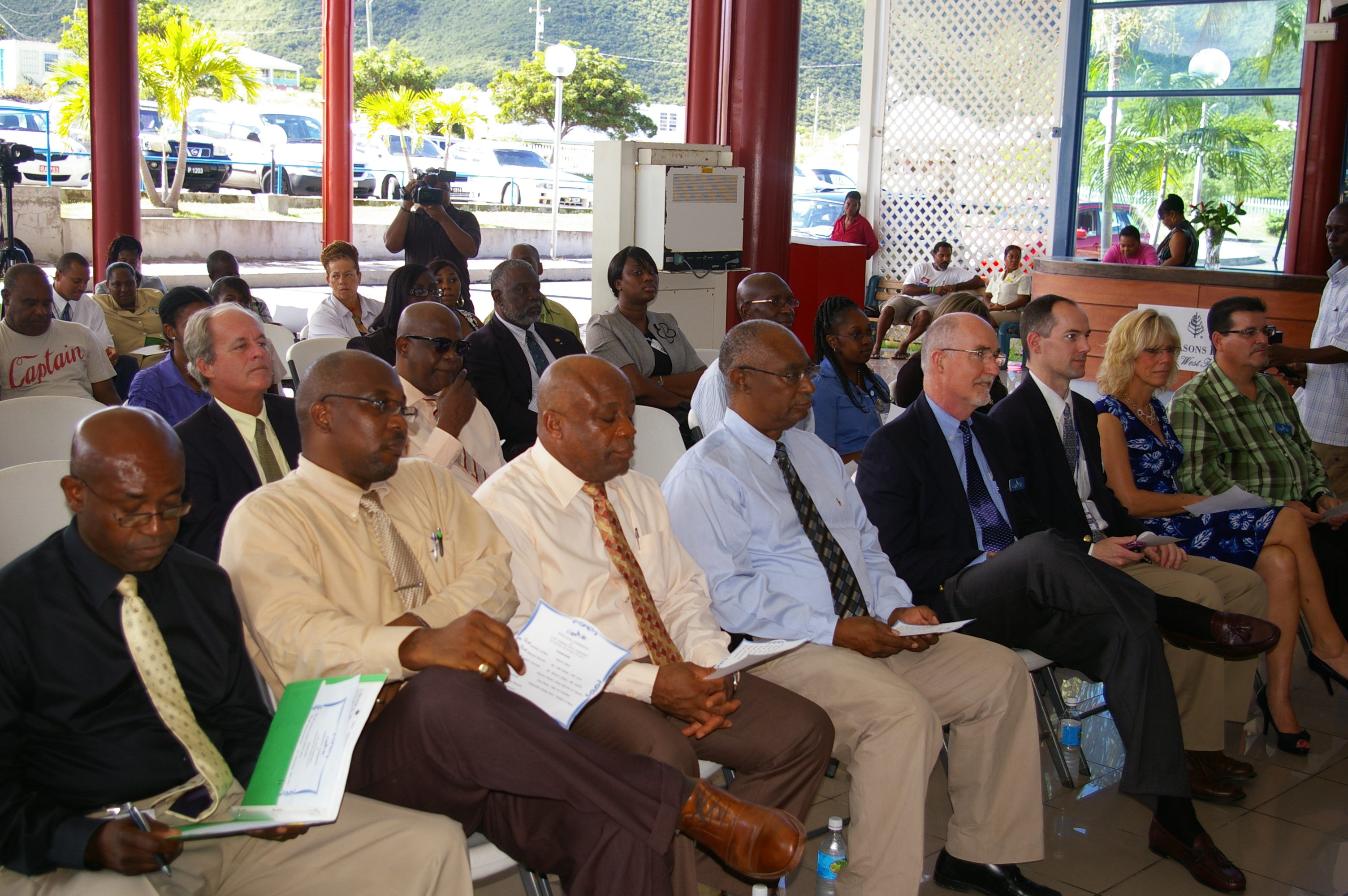 Cape Air, which is headquartered in Cape Cod,Massachusetts , USA, began operations to Nevis on November 11 with a non-stop service from the San Juan, Puerto Rico hub.

The island has been facing some challenging times with flights into and out of Puerto Rico after American Eagle discontinued its service in early April 2011.

Speaking at a brief but symbolic ceremony at Nevis’ airport, an elated Premier Parry said, “We are not sure where American Eagle Airlines is today in terms of travel to and from Nevis, but Cape Air is here and we are glad that they are”.

During the Premier’s remarks he told the audience that he is pleased with the Cape Air representatives that he met, among them President, Mr. Dave Bushy and he hopes to continue a very hospitable, welcoming relationship with the airlines. 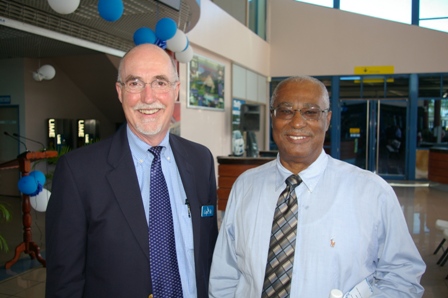 The Minister of Tourism said it is significant that Cape Air is based in New England, and that at one time many of the visitors to Nevis came from that area. He hoped the trend could continue.

With Nevis on the route map, Cape Air now flies to seven Caribbean islands. The others are Puerto Rico, Vieques, St.Thomas, St. Croix, Tortola and Anguilla.. The reputable, well respected airline has been providing inter-island service in the Caribbean for 14 years.

According to a commemorative booklet (Bird’s Eye View) launched to coincide with the Nevis launch , a person can book their entire trip with one click on a number of websites including: Continental.com, Jetblue.com and travel booking sites  including Expedia and Travelocity.

The Premier concluded that he is looking forward to moving out of the present global recession and into witnessing a growth in tourism on Nevis.

Cape Air daily flights departs San Juan at 4: 21pm arriving in Nevis at 6pm.  The airline departs Nevis at 10am and arrives in San Juan at 11:30am.