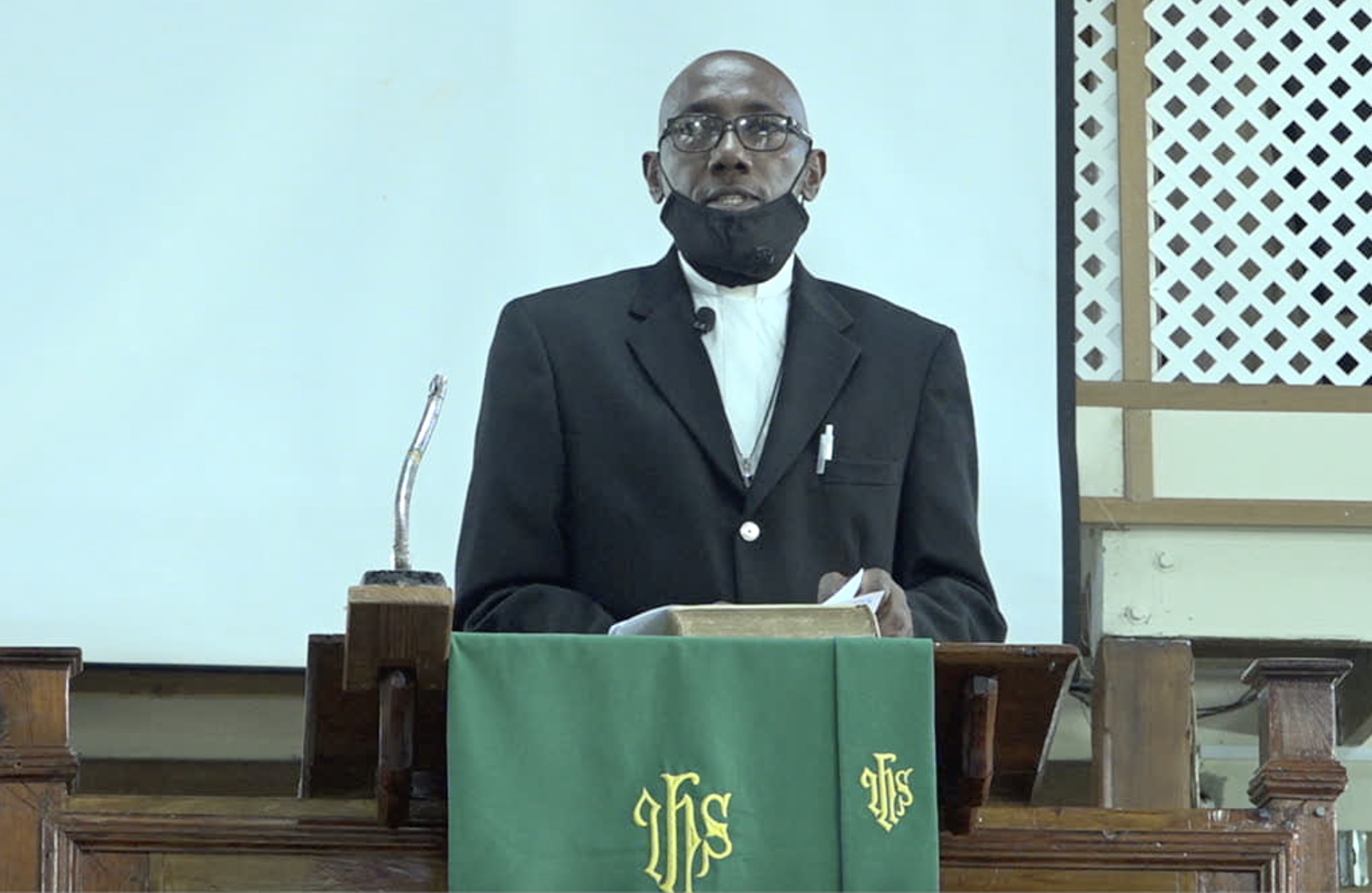 Rev. Wendell Samuel, Circuit Minister at the Gingerland Methodist Church leads “United in Christ Giving Thanks and Praise” service at the church on July 19, 2020, for the three ministers in the Nevis Island Administration, are no w also ministers in the Government of St. Kitts and Nevis

NIA CHARLESTOWN NEVIS (JULY 20, 2020) — A church service dubbed “United in Christ Giving Thanks and Praise” was held at the Gingerland Methodist Church on Sunday, July 19, 2020, for three Ministers of the Nevis Island Administration (NIA), who now form part of the Government of St. Kitts and Nevis.

Reverend Wendell Samuel, Circuit Minister at the church, led the service, for Hon. Mark Brantley, Premier of Nevis; Hon. Alexis Jeffers, Deputy Premier of Nevis; and Hon. Eric Evelyn, minister in the NIA, who were elected to the National Assembly at the June 05, 2020 General Election.

The reverend encouraged the government leaders to have faith and remain resolute and resilient.

“No matter how hard it is inwardly or outwardly due to the many confrontations, never give up, never give in, but remain assured beyond any shadow of a doubt that we are led by a mighty God.

“As human beings we all face opposition at some time or the other as we journey through life. It can manifest itself in discouragement, doubts, fears, and sometimes even in despair. All we need is a plan, a roadmap and the courage to press on to our destination,” he said.

Rev. Samuel called on the government ministers to find strength and courage in God and to care for the vulnerable and less fortunate persons.

“We must remain buoyant for God and the people who are called upon by him to serve regardless of the many obstacles, the many destructive criticisms, and the many undignified assertions heard.

“Specially and predominantly to all our leaders…tend to the lonely, the lonesome, and the destitute of society, those who are less fortunate among us, the wretched of the earth. Tend to the marginalised ones in and around us, those who cannot find food to feed themselves, those who have been left redundant as a result of this monstrous COVID-19 pandemic that has afflicted so many families around the world,” he said.

He also urged the new Federal ministers to be transparent to all, and to seek wise counsel in their quest at nation building.

“Be cognizant and even more proactive while tending to the needs of God’s people. Be very transparent to all and sundry…Be open to wise counsel as one seeks to assist in the rebuilding of the many broken walls in the lives of God’s people, be it in our homes, our society, our communities, our schools within and among or judiciaries.

“We are a federation and so we must work together in harmony, be more united as we follow one common cause which is nation building, having God at the helm. United we will always stand, but divided we will fail and fall. One aim, one goal, one destiny,” he said.

Rev. Samuel expressed hope that the worship and thanksgiving service would serve as a blessing and inspiration to all in attendance and those watching via live stream.

Among those present at the service were the ministers’ families, colleagues, and other well-wishers.