Chairman of the Public Relations Committee for the Rotary Club of Nevis Mr. Alford Tyrell.

CHARLESTOWN NEVIS (October 27, 2010) — A selection of Nevis’ youth will, this weekend, represent the island at the 49th annual Rotary Youth Leadership Awards [RYLA] Conference at the International University of Nursing [IUON] on St. Kitts.

The October 29th to November 1st conference, which will be held for the first time in the federation, will attract representation from countries within Rotary’s 7030 district and will be held under the theme “Youth Taking Charge.”

The countries stretch southward from St. Kitts-Nevis to French Guiana with a selection of participants from the Cayman Islands and Anguilla; which fall under Rotary’s 7020 district.

According to the Public Relations Committee Chairman for the Rotary Club of Nevis [R.O.N], Mr. Alford Tyrell, the participants will be engaged in several workshops and community service projects including a one-day trip to Nevis where they will visit the Flamboyant Nursing Home at the Alexandra Hospital and participate in a tree planting exercise.

Club President, Ms. Carlyn Lawrence told the Department of Information that she was excited that the conference would be held in the federation and added that R.O.N. had been working tirelessly to ensure the success of the conference, particularly, Nevis’ one-day activities. 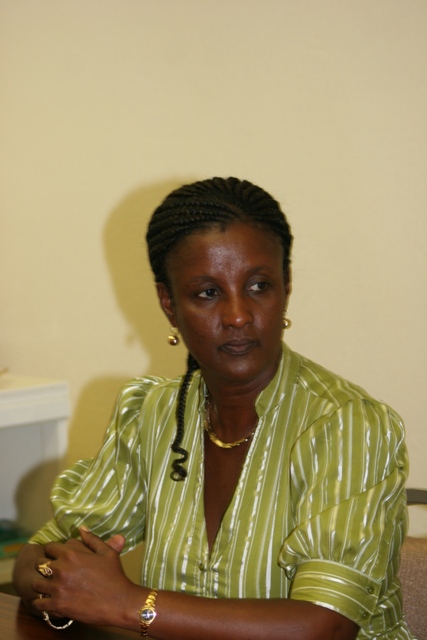 President of the Rotary Club of Nevis Ms. Carlyn Lawrence.

“It’s something positive and a lot of hard work has gone into it and we expect to see the benefits from the impact that our young people make back to the community after they would have received the training. It’s a very exciting time,” she said.

The 40-member Nevis contingent was selected following a recruitment drive which was headed club secretary and chairperson of the Recruitment Committee Ms. S. Patricia Claxton who targeted youth, already in leadership positions, from church and community-based groups as well as employees within the Ministry of Social Development.

Coordinator of the Youth Division at the Social Services Department, Mrs. Diana Pemberton and Youth Leader for the Church of God of Prophecy at Fenton Hill Ms. Venelle Powell are among those who will be representing Nevis at the four-day conference.

Mrs. Pemberton, who works closely with the youth talk show, Chatter Box aired weekly on Nevis Television’s channel 8, said she was “looking forward to the workshops.”

“I think that it would be a benefit to the youths. They are going to take them out of the classroom basically and put them in another setting where there are peers that they can communicate with and actually get to develop their skills,” Pemberton said.

Ms. Powell, who benefitted from attending past leadership conferences said she was eager to “go over” what she had learnt as well as “learn other things and gain new friends” from the weekend conference.

According to Ms. Powell, leadership conferences “teach networking skills, how to manage a group, how to deal with activities and how to deal with problematic situations that arise in a professional environment.” 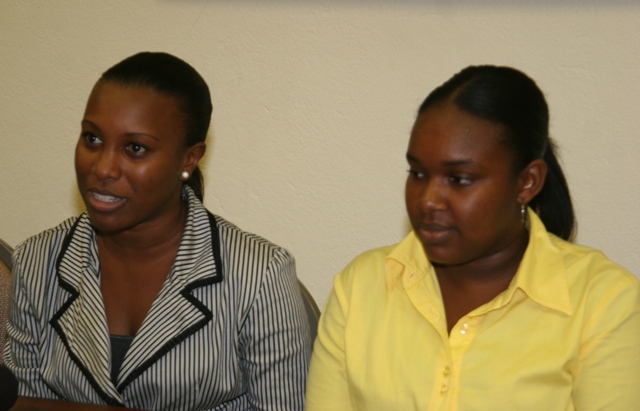 While Rotary International has more than 1.2 million members in 33,000 clubs worldwide, Ms. Carlyn Lawrence, Ms. S. Patricia Claxton and Ms. Bernadette Lawrence make up the executive body of the Rotary Club of Nevis.