A visibly elated Premier Amory moments after Seaborne Airlines touched down at the Vance W. Amory International Airport during its inaugural flight to Nevis on January 15, 2014
NIA CHARLESTOWN NEVIS (January 16, 2014) — Premier of Nevis Hon. Vance Amory led a delegation to the Vance W. Amory International Airport to witness the inaugural flight into Nevis of Seaborne Airlines, the latest airline to offer its services to and from Nevis.
The flight which originated from Puerto Rico to Nevis via St. Kitts landed just before 6 p.m. to the applause of Deputy Premier and Minister of Tourism Hon. Mark Brantley, Hon. Alexis Jeffers, officials and staff of the Nevis Air and Sea Ports Authority and curious onlookers, moments after which Mr. Amory expressed satisfaction.
“Today we saw the first flight of Seaborne into Nevis and I really feel very happy at this event. I think all the members of the Administration do feel a sense of accomplishment. We gave our word, especially the Minister of Tourism, that we will increase flight ability into Nevis and today we see the landing of a 34-seater Seaborne aircraft which I believe, is going to mark the upsurge in arrivals in Nevis very significantly,” he said. 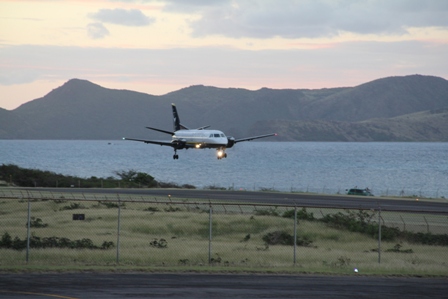 The Head of the Nevis Island Administration (NIA) also noted that the added airlift to the airport would enhance the island’s tourism product.
“I do believe that our tourism product, our tourism industry, is going to be the beneficiary of this and while we know this is only the beginning, I think with the partnership with Seaborne and our own marketing and their marketing, I think we are in for a really great new beginning for tourism and flights available into Nevis,” he said.
In brief remarks Captain Hugo Vissepo who headed the flight crew said he was pleased to return to Nevis having worked in the same capacity with American Airlines who had serviced the island in the past.
“For me I worked with American Eagle before so this is pretty normal to me. I am glad to be back again here getting the services done…glad to be here and we will give you a service you deserve,” he said. 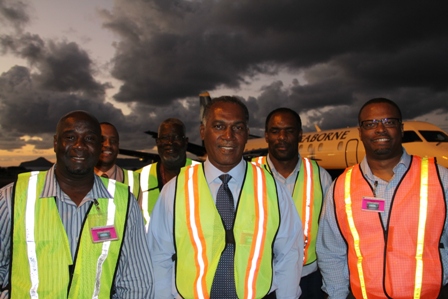 First Officer Alex Alcantara spoke to his experience flying into Nevis.
“It was nice. I like the approach into Nevis. It is always good to go to a different island. This is the first time for me so everything’s good,” he said.
Flight Attendant Bruce Padilla said when he found out he would be on the flight to Nevis he was excited since he had never visited the island but had heard it was wonderful.
The flight stayed the night in Nevis before its departure for Puerto Rico via St. Kitts the following morning.
The Seaborne flight into Nevis was also observed by two members of the United States Department of Homeland Security Transportation Security Administration International Industry Representatives Christopher Brown and John Devine. 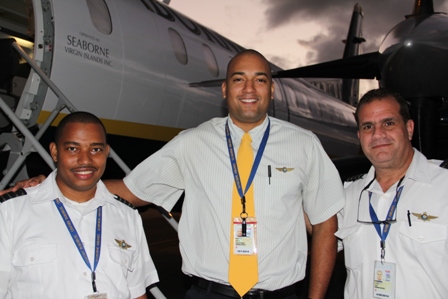 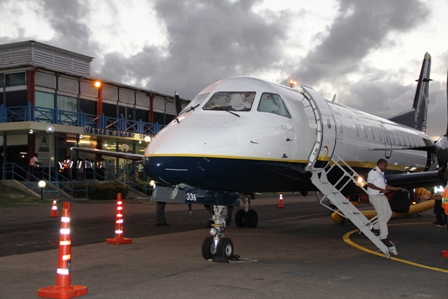 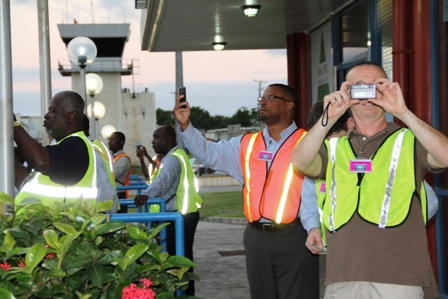 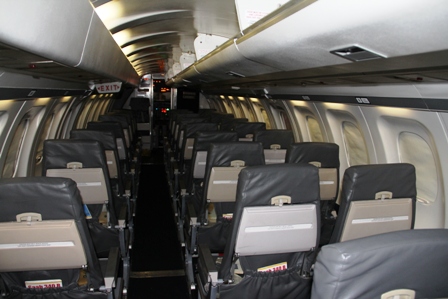