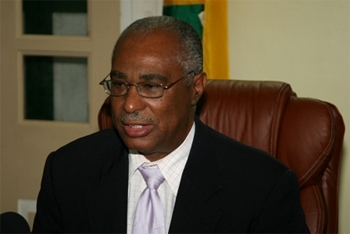 Earlier today, the 21st day of March 2012, Justice Lionel Jones handed down his decision in the Election Petition in which the election of Hensley Daniel to represent the St John’s Electoral District in the Nevis Island Assembly was challenged. You will recall that after the elections of 11th July, 2011, Mr Daniel was returned as the successful candidate for that constituency. Dissatisfied with this result, the Petitioner went to court for relief on various grounds and in the words of the Judge “…the main complaint being the illegal removal of the names of over 200 voters from the list…”

In his decision delivered and handed down today, the Honourable Mr Justice Jones made four orders.  They were as follows:

1.   The Court refused to grant an order that the names removed from the electoral list for St John’s as a result of objection hearings be put back on the list. Those names remain off the list of voters for Electoral District No. 2 (St John’s).

3.   That the petitioner’s right to freedom of expression was breached because the Nevis News Cast (NNC) did not cover any of the political events of the CCM.

4.   That the election for the St John’s constituency held on 11th July 2011 is invalid and void.

Following the handing down by Mr Justice Jones of his Decision, Mr Daniel and I immediately gave instructions to our lawyers to file an appeal against the Decision of the Judge in so far as he declared the Election in St John’s void and that the Petitioner’s right to freedom of expression was breached because the Nevis News Cast (NNC) did not cover any of the political events of the CCM.

The appeal has already been filed and is now in the hands of the Court. The other Respondents in this case have also filed appeals against the Judge’s Decision.

In addition to these appeals, Mr Daniel has instructed his lawyer, Henry Browne and I have also instructed my lawyer, Oral Martin, to file the necessary documents to stay, that is to put a halt, to the Decision of the Judge, until the appeals are heard. This means that my Government remains firmly in place and the rule of law will be upheld.

We are very confident that the Appeal Court will overturn the order of Mr Justice Jones in which he declared the election of Mr Daniel to be null and void. Mr Daniel remains the Deputy Premier in the Nevis Island Administration and remains fully in charge of his Ministry.

I urge all Nevisians, both supporters of the NRP and supporters of the CCM to continue going about our lives peacefully and in a manner that will provide an example to the rest of the Caribbean and the world. We are a law abiding people and we must continue to demonstrate this. We expect that the Court of Appeal will deal with this matter expeditiously and we should all await the outcome of the appeals.