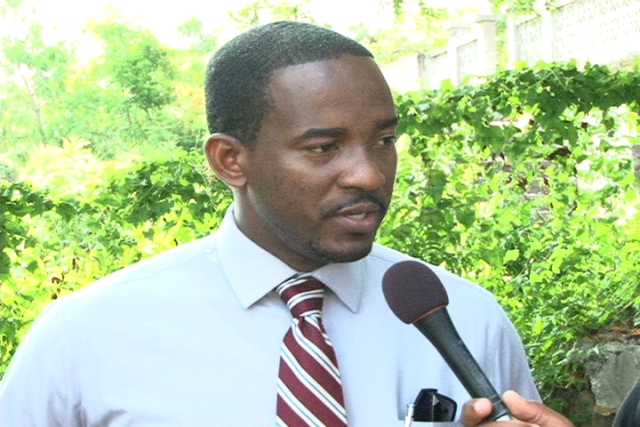 He was at the time visiting Nevis to lend support to colleagues at the Inland Revenue Department on Nevis, who had similarly began a public drive to educate the public on matters related to paying their taxes. He noted that their collaboration was nothing new and explained the importance of the drive to Nevis.

“[With] a more informed public here in Nevis…you will have more compliance and more compliance translates into increased revenue, which gives the [Nevis Island] Administration the resources to do the things which the Government does. Our tax dollars goes towards providing public goods and services whether it is schools, roads, social programmes etc that’s where our tax dollars go.

“We want to help the public make that connection and not necessarily view the Inland Revenue Department as the scary tax person. We partner, if you will, where we are able to raise the resources and help the Government collect the necessary resources to do the social and economic things that they want to do,” he said.

According to Mr. Thomas, the exercise both on Nevis and St. Kitts would also served to change the public’s perception of the Inland Revenue Department as being scary, another key reason why they embarked on the awareness drive.

“Essentially that’s why we began this exercise of transforming the image of the Inland Revenue Department on both islands because we want to dispel the notion that we are running down folks and trying to take their money.

“We are a partner and as individuals and citizens we live in fine islands, one Federation and it is important that each of us honour our civic responsibility as citizens and contribute whatever little we can towards the overall integrity of maintaining this wonderful island of Nevis and similarly so on St. Kitts. So it is important that people see the Inland Revenue Department as a partner. We do have a role and a responsibility in terms of administering the Tax Laws and that is what we are trying to do in a fair and equitable manner as possible,” he said.

Notwithstanding, he urged the public on Nevis to pay their Property Tax which was due and payable by June 30th, 2012 and that all interest would be waivered for the month.

“Come in and pay your bill in arrears, it does not matter how long. Just come in and settle it completely and then you will have the benefit of interest removed and you will be in good standing. Property Taxes are important they do go towards a lot of social programmes – roads, schools, health care, police, fire, garbage disposal all of those little things. It cost quite a bit of moneys to maintain the fine islands that we have so it is important that every one of us pitch in and do our civic responsibility,” he said.

The St. Kitts Inland Revenue Department Representative reminded that there were payment plans available for property owners with significant arrears. They would be required to pay over a period of time and stick to once it was to agreed. He also noted that the Departments on Nevis and St. Kitts were flexible and mindful of the tough economic times.