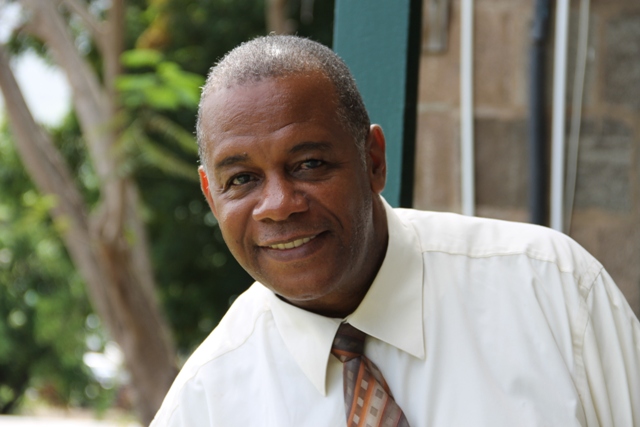 Permanent Secretary in the Ministry of Agriculture on Nevis Eric Evelyn
NIA CHARLESTOWN NEVIS (June 10, 2014) – “Agriculture in Style,” a six-month television series which will highlight agriculture on Nevis, will air for the first time on Tempo on June 11, 2014 at 8 p.m. and will continue till November 2014. The exclusive programme which is a partnership between the Nevis Island Administration’s (NIA) Ministry of Agriculture and Tempo, the flagship television network of Tempo Networks, LLC can be viewed locally on channel 61.
The 30-minute episodes will showcase various aspects of agriculture on Nevis and will run one each month with re-runs throughout the period. In an interview with the Department of Information on June 10, 2014, executive producer and host, Permanent Secretary in the Ministry of Agriculture Eric Evelyn, explained that the programme was designed to draw attention to agriculture on Nevis and the need to develop the industry throughout the region.
“It has always been my belief that agriculture is not getting the due recognition that it deserves and I believe that most of the governments of the region merely pay lip service to the industry and that needs to change.
“So the idea behind this programme is to put agriculture in the spotlight, to make people more aware of the real importance of the industry and to get governments in St. Kitts and Nevis and the region to commit more financial resources to the development of the sector. After all we are what we eat and so in essence we are agriculture,” he said. 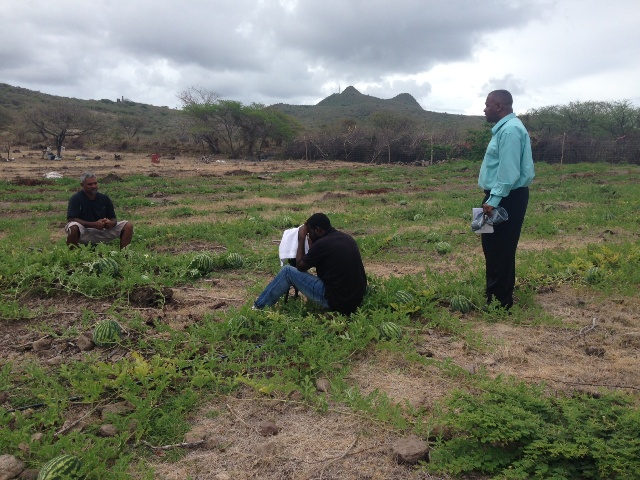 According to Evelyn, much more needed to be done to enhance the policies and programmes related to agriculture locally and throughout the region.
“A lot more needs to be done in terms of enhancing the policies and programmes to develop the industry further and I believe that this programme will bring  the much needed attention that this industry is craving,” he said.
As for benefits the programme would bring to Nevis, Evelyn believes it would offer many.
“The programme will bring numerous benefits to Nevis. It will highlight some of our local producers on the world stage and I believe by doing this, those producers will improve their production and productivity. I also believe that more young people will become involved in the sector bearing in mind that Tempo is viewed by a wide cross section of young people.
“It is also my firm belief that people will continue to buy and eat more local and become more health conscious as well. With this promotion of the local industry, I think it augurs well for an overall improvement of the image of agriculture. I am extremely proud that a programme of this nature can be anchored from beautiful, little Nevis,” he said.
Regarding the production of Agriculture in Style, the Agriculture PS stated that it was all done on Nevis and expressed gratitude to all who had made the production and subsequent airing possible. 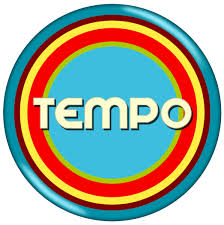 “The production was locally filmed and edited by the Nevis Island Administration’s Department of Information, whose members have done an outstanding job. I want to pay special recognition to the Director Huey Sargeant, Kerry Williams and Cory Tyson for their commitment and quality service in the overall production of the programme. I also need to thank Lee “Gharlic” Swanston and Ercia Blake for consenting to appear in one of the promos for the programme.
“The Ministry of Agriculture is also indebted to Mr. Fredrick Morton Jr. for taking up the challenge to partner with the Nevis Island Administration in bringing agriculture to the forefront.
“Through this partnership, six episodes of Agriculture in Style will be aired on Tempo from June to November with a new episode airing every month with replays throughout the month,” he said.
According to the www.gottempo.com, Tempo is broadcasted in 24 Caribbean islands with approximately three million viewers and in New York, New Jersey and Connecticut on Cablevision Channel 1105 and was expanding.
“Tempo is expanding rapidly, both in the United States and internationally and serves both the large Caribbean populations of Atlanta, Boston, Washington DC, Baltimore, New York, Philadelphia, Miami, Los Angeles, Chicago and Houston as well as ‘lover of All Things Caribbean’ and over 20million visitors to the Caribbean from the United States.” 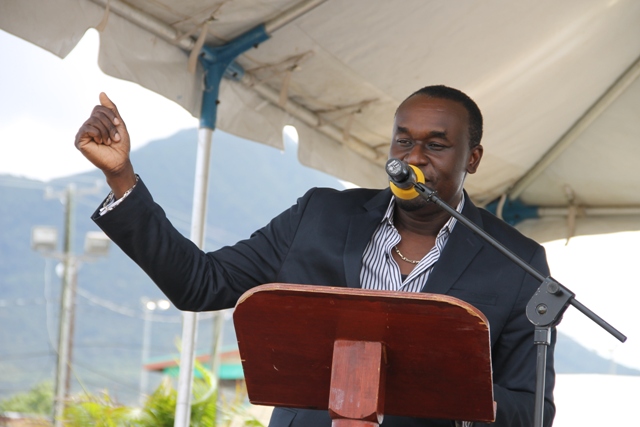 The Website describes Tempo as a cable television network which captures and delivers the extraordinary Caribbean vibe by successfully producing and delivering Caribbean content dedicated to music, cuisine and social awareness initiatives.
“Our programming included dramas, tourism, movies, news, concerts, documentaries, music videos and addresses all aspects of Caribbean life.
“Envisioned by native son Frederick A. Morton Jr. (“Mr. Tempo”), Tempo is a true celebration of Caribbean life and seeks to elevate the region. Its content, therefore, is developed to raise beyond entertainment to be inspirational, progressive and educational.”