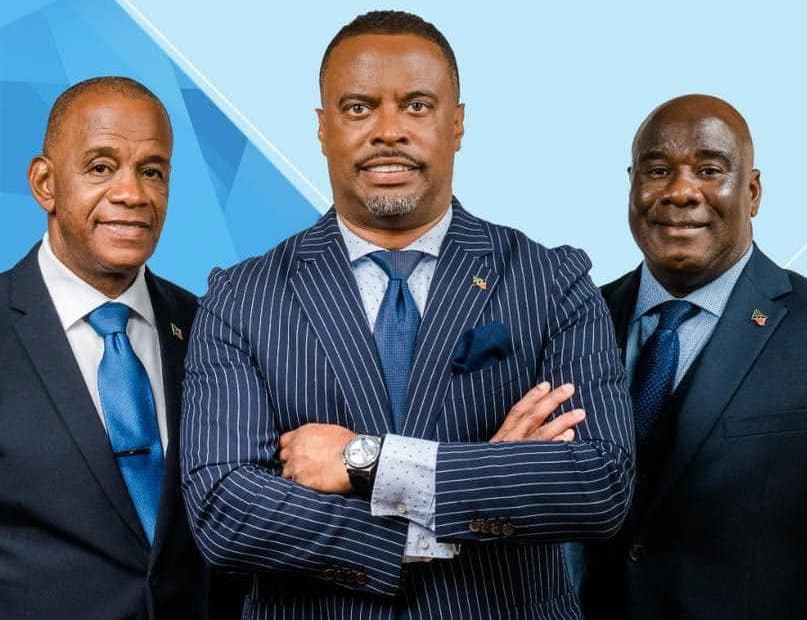 According to the preliminary results announced by Mr. Elvin Bailey, Supervisor of Elections, in Nevis 9, Hon. Brantley won with a total of 1,685 votes. Dr. Patricia Bartlette of the Nevis Reformation Party (NRP) received 1,279 votes, while Mr. Samuel Caines of the Moral Restoration Movement (MRM) received 77 votes.

Hon. Jeffers was declared winner in Nevis 11 with a total of 1,172 votes. Dr. Janice Daniel-Hodge, Leader of the NRP received 1,113; and Mrs. Patricia Mills-Jeffers received 22 votes.

Following the victory at the polls, CCM’s Leader, Premier Brantley said, “To all the people of Nevis, please accept my profound gratitude for reposing your trust and confidence in the Concerned Citizens Movement once again and allowing us to be your voice in Basseterre. Our Party has always trusted you the people of Nevis and tonight you have spoken overwhelmingly and unequivocally. I thank our campaign team and the army of volunteers who made this possible. Our island owes you a debt of gratitude.

“To the NRP led by Dr. Janice Hodge and her team I commend you for a spirited fight. Our democracy in Nevis is alive and well and today we showed that we can peacefully and with decorum select those we wish to represent us.”