The annual event from February 03-12th is hosted by the Ministry of Tourism. This year’s theme “Tourism Linking Generations – Bridging Cultures” was the winning entry of Ms. Donnett Dyer in a contest held ahead of Tourism Week 2012 which concluded in November 2011.

“Tourism is a thread which connects all cultures and people. As we travel, explore and discover, this common thread pulls closer together. It is against this backdrop that the entry “linking generations, bridging cultures” was selected as the theme of choice for this year’s Tourism Week celebration,” he said.

According to Mr. Williams, Nevisians could relate to the theme as a people and pointed to the many Nevisians who migrated to greener pastures around the world.

“I am sure that we can relate to this as a people. How many of us have had members of succeeding generations employed gainfully in the tourism sector? I am sure there are stories of grandparents, parents, uncles, aunts, sisters and brothers who have worked overtime in this field and quite often in the same institution.

“In addition, when we look around as we travel and interact with our visitors, we recognize no longer are we accommodating guests from the United States and United Kingdom but from a wide global market: Australia, Africa, Russia, China, Taiwan and many of our Caribbean islands are just a few of the new destinations,” he said. 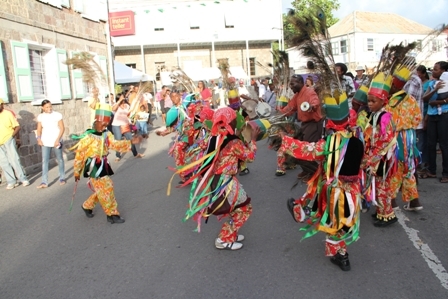 The Assistant Secretary added that the results of that interaction between individuals and communities found a catalyst for tolerance, respect and mutual understanding which were the building blocks for a peaceful society.

He stated that Nevisians were known to love and appreciate their unique culture which passed through generations and gave examples including the masquerades and big drum which continued to be alive and well today.

“This augurs well for us as a nation because this almost guarantees that our culture will live on.

“I would then like to thank all, across all generations, who have contributed in the past and who continue to contribute to our rich, unique and vibrant culture,” he said as he invited members of the public to take part in the Week’s activities. 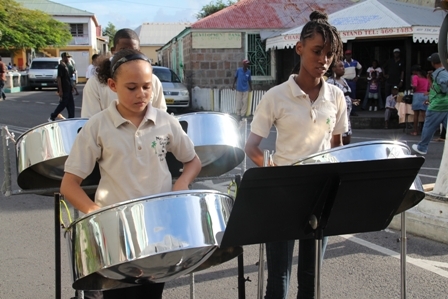 On Friday February 12th there will also be an Art Exhibition and Sale at the Nevisian Artisan Village from 8am-4pm and later that day a Night of the Stars Concert at the Nevis Cultural Centre at 7:30pm. Saturday February 11th will be a Tourism Cultural Day at the Gingerland Public Market at 11am, also sporting event and an Extempo Competition at the same venue. The Week will culminate with Horseracing at the Indian Castle Racetrack.

Other key activities held last weekend were a Church Service at the Taylor Memorial Wesleyan Holiness Church in Charlestown and the Ms. Teen Hospitality Pageant at the Nevis Cultural Complex.