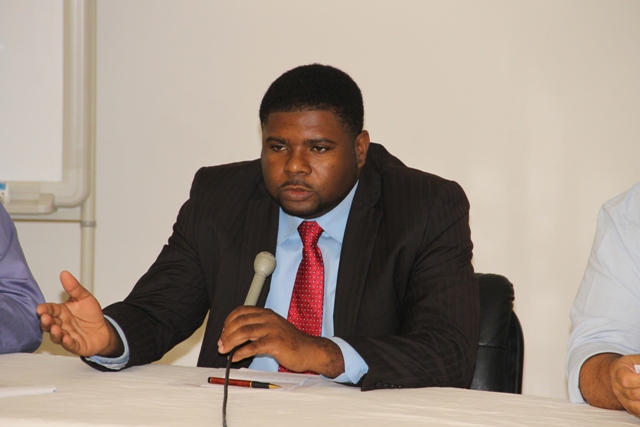 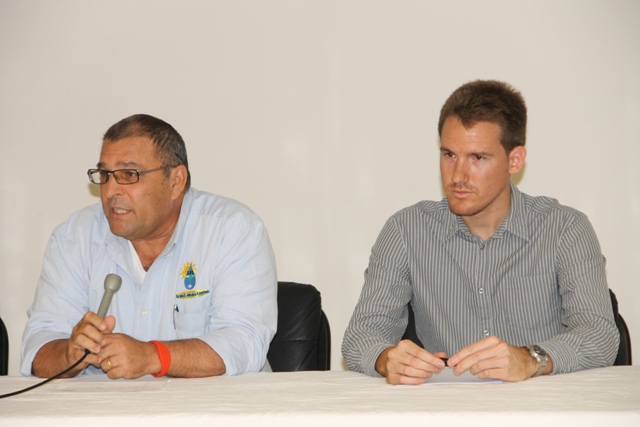 “This sort of project doesn’t come together over night, it takes a lot of hard work and so I want to thank those people who have been putting in the hard work. I want to thank Isratech and its subsidiary [Jamaica Drip Irrigation] JDI. I want to thank our project coordinator, Mr. Kennedy who has tirelessly worked to bring this project to where it is. I want to thank my Permanent Secretary, the other staff in the Ministry and also the Manager and the staff of the Nevis Water Department.
“A lot has gone into getting us to where we are now and I think that some gratitude is due and I want to thank the Government of St. Kitts and Nevis, our Federal Government, who has facilitated us in getting us to where we are with this project. I also want to thank the Caribbean Development Bank who are our partners in this project…I want to thank my other Cabinet colleagues who have had the confidence in placing the project in the hands of this Ministry,” he said.
The Minister noted that it was a proud moment for Nevis given that such a small island could engage in such a vast project.
“Today is a very proud day for us. Today marks the beginning of  the single largest civil works project and I smiled when I heard Mr. Hodara [Chief Executive Officer of Isratech Jamaica Ltd.] say that this is also the largest project that his company, coming from a place as large as Jamaica, has ever worked on. So it’s good to see that little Nevis can do something of such a significant size,” he said. 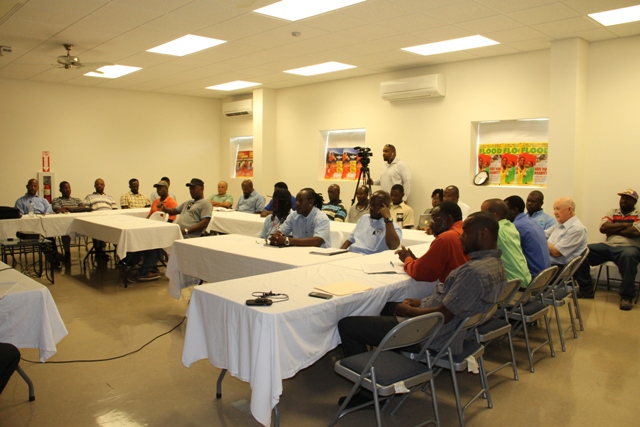 Notwithstanding, Mr. Liburd noted that the project was well-needed and on completion, its benefits would be invaluable to the people of Nevis.
The Minister also urged the workshop participants to make use of the training from which Nevis and the rest of the Federation would eventually benefit. He also extended an invitation to the participants from St. Kitts to take advantage of the knowledge they could gain once actual work on the project began.
“During the work you would come over and gain the experience that is there to be gained from this, so that when our sister island St. Kitts decides to move into the same direction or do a project similar to this, that we would already have the experience…
“Our own local men and women, our workers at the Water Department and Public Works and some of our other locals would be the ones who would be doing the actual physical work on this project. It would bring experience that I would say is invaluable and sometime in the future, when we may look to expand our water system, we will then have the capabilities, I think, to do it because we would have done the work before. So I want to say to all whose here to soak up all that is there to be learnt and throughout the project take the experience and keep it with you,” he said. 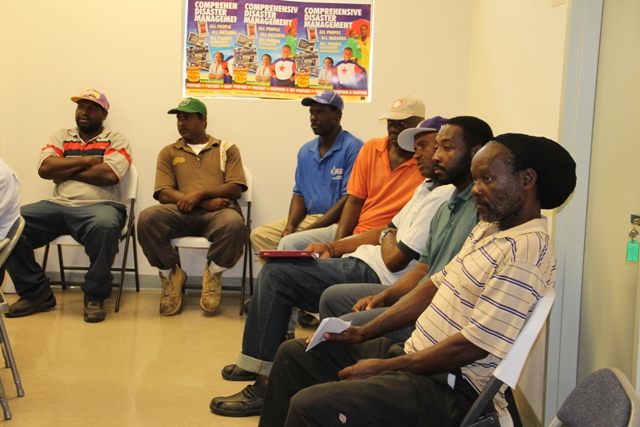 Meantime, Marco Millo, who is the training facilitator and Service Engineer of Ritmo in Italy, gave a brief outline of the training session.
“Ritmo started in 1979. We produce machines for the plastic fusion in general, so our main field is the electro fusion, butt fusion and socket fusion and today. I…will explain how welding is done, the basis of welding and after that we will go outside and we will do proper training on the machine,” he explained.
Chief Executive Officer of Isratech Jamaica Ltd.  Sharom Hodara, in brief remarks, noted that his company was the largest irrigation company in the Caribbean and had ventured into other areas involving water projects throughout the Caribbean.
“In around 2005, we started water works which is another subsidiary of Isratech Jamaica Limited which actually deals with all kinds of projects of infrastructure, quality laying pipes…and PVC pipes. We actually supply, install and design and we have been doing projects of water works in Dominica, Dominican Republic, Antigua, etc.
“This… is the largest project that Isratech Jamaica Ltd. is conducting. We got part of this contract to supply all the quality length pipe, some valves and fittings and we are also doing the two pump houses,” he said. 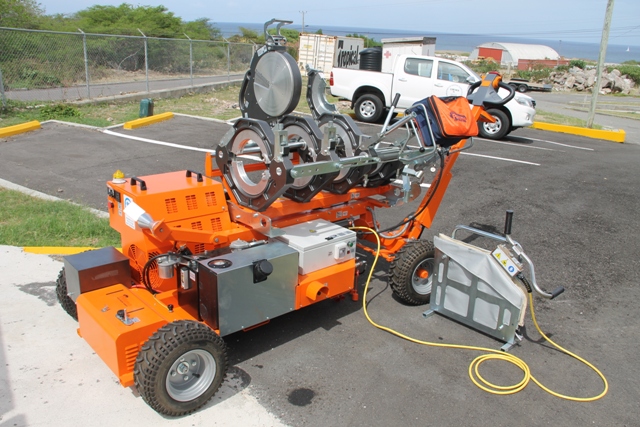 While he thanked the Government of St. Kitts and Nevis for the opportunity to be a part of the project, the CEO gave the assurance that the company would see the project to the end and beyond.
“Our company will be with you all along. Although we don’t have nothing to do with the installation of the pipes, only the technical part of it, we’re going to be following you up to the point where I hope the Minister will turn on the valve or press on the switch of the pumps to see that all of it is working.
“Of course, after that we are going to be there. Our company is not a company that just starts for this project. It’s a long term company and we make sure that after sales-service is always the best part of our company… You can rest assured that we will be there for you guys for every minute of this project,” he said.