Minister of Social Development and Gender Affairs Hon. Hensley Daniel addressing women on International Women’s Day on March 8th, 2012 at the Cotton Ground Community Centre
NIA CHARLESTOWN NEVIS (March 12, 2012) — Minister responsible of Gender Affairs and Social Development in the Nevis Island Administration (NIA) Hon. Hensley Daniel paid glowing tribute to the women of Nevis for what he described as their continued critical role in the island’s social and economic development.

He was at the time addressing a gathering of women at the Cotton Ground Community Centre on March 08, 2012, as they observed International Women’s Day. The event dotted with song presentations and prayer was hosted by the Social Services Department Division of Women’s Affairs, under the theme “Connecting Girls Inspiring Futures”.

“I want to congratulate the women in the country for continuing to play the critical role in the social and economic development of the country.

This year’s United Nations theme for the observance of International Women’s Day was “Empowering Rural Women to End Hunger and Poverty” but according to Minister Daniel many of the objectives being sought by the international community had already been achieved  on Nevis citing that Women on Nevis were making progress in all areas of endeavour. 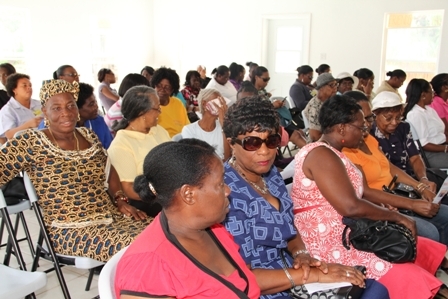 “Girls outnumber boys in the top streams of high schools; girls outnumber boys three to one at the Six Form College in Nevis. Most of the houses built by Government in Nevis over the years are owned by women. The small business sector in Nevis is dominated by women. Women can own property separate from their spouses. The only areas in Nevis where women are outnumbered by men are in the prison and in the gangs.

“Women dominate in the two most critical areas of development – health and education. Most of our teachers and nurses are women. Women still get equal pay for equal work. The main industry in Nevis is Tourism and it is dominated by women,” he said.

The Minister noted that the people of Nevis should be mindful of those achievements which were not possible in other parts of the world.

“We have to be mindful that we have already achieved the objectives that the United Nations is seeking for many countries for women and girls. Women in Nevis have unhindered and unfettered access to primary school, secondary school and colleges and if you read the international information, you will see that many countries are still being asked to provide access to primary school education for girls.

“We have removed the barriers to the advancement of women, so advancement is no longer determined by gender, race and class but by performance. Ascription has been proscribed it is no longer an issue,” he said. 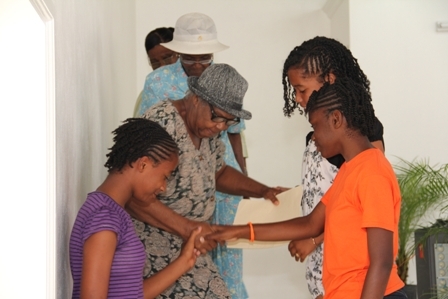 Mr. Daniel used the opportunity, to remind everyone that the sitting NIA ended discrimination which prevented teenage girls from continuing their education. Since then he said there had been a marked decrease in the rate of teenage pregnancies on Nevis.

He explained that girls continued to study and had left school with Caribbean Examination Council General Proficiency subjects equipped for the world of work and with the necessary requirements for college education to move forward.

Notwithstanding, the Gender Affairs Minister urged a heavy focus on enterprise and entrepreneurship for the facilitation of the further advancement of women. He said as far back as 1998 the Republic of China on Taiwan believed that support of female business owners, single mothers and poor women working to support their families, was markedly beneficial result of micro credit programmes.

“Since you are ahead in education and property ownership in Nevis, you must move now to set up cooperatives and companies to expand businesses and secure a sound future for you and your children. 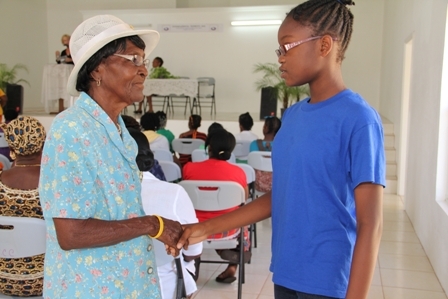 The Minister said the time had come for the women of Nevis to build on the gains they had made in education, housing, health and enterprise. He called on them to chart a future development strategy that would feed and drive an ethic that mutual respect must inform social relations at the family and community level,” he said.

However, before concluding the Minister responsible for women’s affairs reiterated that women did most of the work in all areas of endeavour on Nevis and it was the task of all to ensure that those who did the work got most of the benefits.

He reminded those present they had a duty to ensure that children in particular girls be allowed to enjoy their teenage years minus the harassment of adults. That they should remain children until such time they became adults.

“I want to especially urge your support in helping us to protect today’s girls from rape, incest and other forms of physical and sexual abuse. That is one of the critical things we need to do because we do not want our girls to become women too early.

“We urge the entire society and please make sure of the full support of the Ministry of Social Development and by extension the Cabinet of the Nevis Island Administration,” he said.