(CHARLESTOWN, NEVIS–MONDAY, SEPTEMBER 6TH, 2010) Premier of Nevis, Hon. Joseph Parry commended the Attorney General for St. Kitts- Nevis, Hon. Patrice Nisbett for the outstanding legal and community work he has done for Nevis over the years.  He made the remarks during his address at the recent opening of the Windwatt (Nevis) Ltd. Wind Farm in Maddens.

“We, the people of Nevis have the vision and the foresight for growth and development in this small island.  One can see it in the Attorney General, Hon. Patrice Nisbett who has grown everyday in stature and speech making,” he said.

The Premier also stated that the people of the St. James Parish continued to have an outstanding candidate with vision, in the Hon. Patrice Nisbett.

According to the Hon. Premier, Mr. Nisbett had proven himself to be a man of integrity and humility and one who took pleasure in serving the people of the community with  legal assistance and scholarships for two primary schools in the St. James parish area. 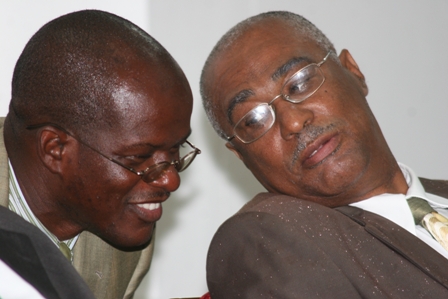 “This young Attorney General, who has served the people of St. Thomas and St. James Parish in the Federal Parliament for 10 years, has proven himself with the negotiating of contracts and the handling of other legal matters that has served the Nevis Island Administration well,” commented Premier Parry.

Attorney General, Hon. Nisbett served as the Legal Advisor to the Nevis Island Administration since July 2006, when the Nevis Reformation Party (NRP) won the reins of power.   Mr. Nisbett has negotiated on contracts including Refurbishing of the Island Main Road with Jamaican based Surrey Paving, Geothermal development with West Indies Power (WIP),  Wind Energy with Wind Watt (Nevis) Ltd., Clear Harbour Communications,  Nevis Cable Television,  Water Development with BEAD, among a number of others that had helped bring growth and development to Nevis. 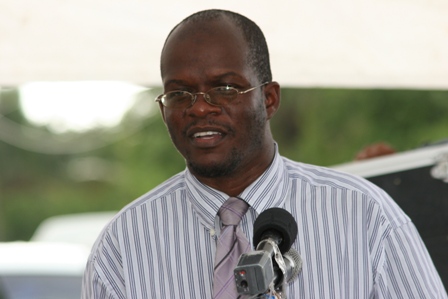