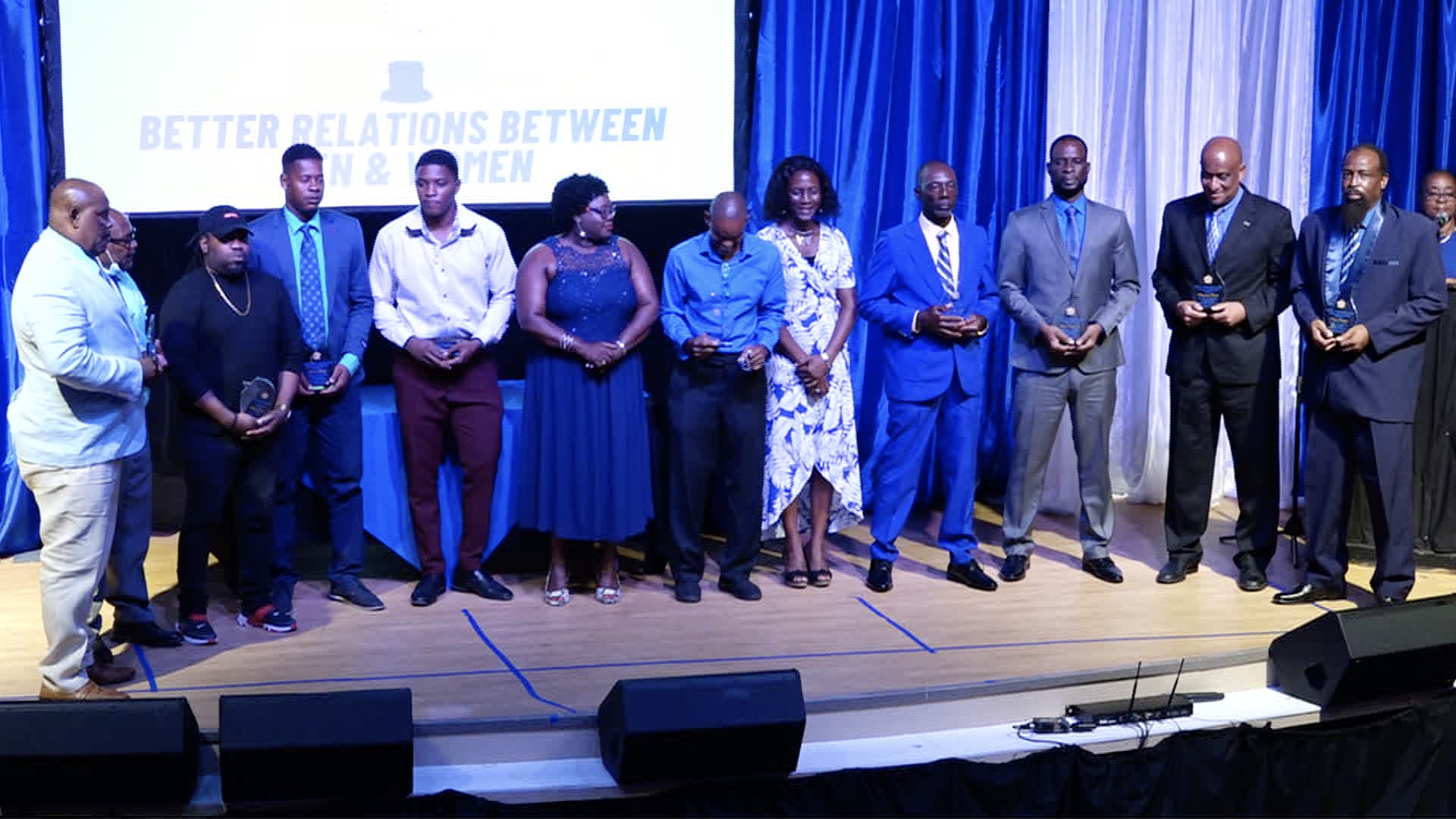 NIA CHARLESTOWN NEVIS (December 02, 2021) — Ten men on Nevis were honoured for their positive impacts in communities on the island at an Awards Ceremony, hosted by the Department of Gender Affairs on November 30, 2021 at the Nevis Performing Arts Centre (NEPAC), to mark the annual observance of International Men’s Day on November 19. The theme was: “Better relations between men and women.”

The awardees were Mr. Leroy Parris Jr. for his contribution to the Arts, specific to music; Mr. Masefield Nisbett, and Mr. Dulani Phillip in the area of Sports; Mr. Gareth “Gary” Wade, Mr. Shefton Liburd, Mr. Alexis Browne   and   Mr. Sylvester Pemberton in the area of Community Service; and Mr.   Euclid Lawrence, and   Mr. Conrad Smithen in the area of Counselling and Spiritual Guidance.

Mr. Kareem “LL” Herbert was presented with the Minister’s Award for his unwavering and priceless assistance.

Hon. Hazel Brandy-Williams, Junior Minister of Health and Gender Affairs, in presenting plaques to the awardees, lauded them for their indelible and impactful contributions which serve to engender better relationships between men and women on Nevis.

“Awardees, we at the Ministry of Health and Gender Affairs, and by extension the Nevis Island Administration award you. We salute you. We esteem you. We congratulate you… We are filled with pride. We are filled with so much pride this evening… I want you to wear this accolade with…pride and use it to inspire others to reach and maintain the heights of greatness to which you have all scaled.

“You were selected because you embody the true qualities of manhood. You have shown yourselves to be men that foster, encourage and support the necessary bond between men and women, and this was done through your genuine contributions in areas such as the performing arts, spiritual guidance, community service, counselling and sports,” she said.

Minister Brandy-Williams took the opportunity to urge the honourees to continue to bring positive value to their families, communities and to all of Nevis.